Trailing Spouses: How Boredom, Isolation and Identity Loss Can Lead to Substance Abuse 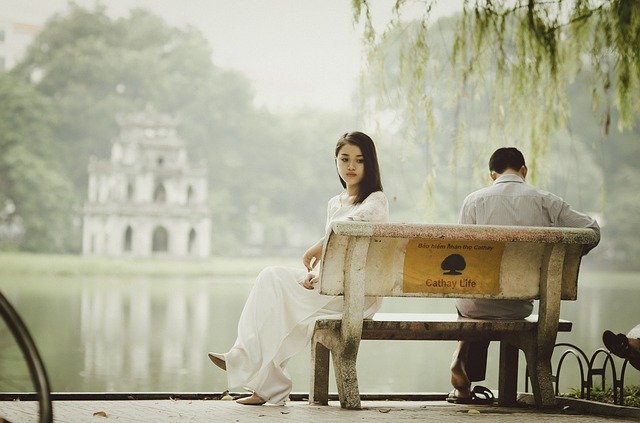 Expat life in Hong Kong can be incredibly rewarding. You get to embark on a new chapter of your life, experience a new culture, reap the professional and monetary benefits of a great job and enjoy easy access to some of Asia’s best beaches and natural scenery. But for those who accompany their spouse to a new job assignment – often giving up some of their own goals in the process – making the move can prove to be more challenging than they thought.

Expat life in Hong Kong presents a special set of addiction risks, and these may be even more pronounced for ‘trailing spouses.’ Let’s explore why this is.

The Challenges of Moving Abroad

Making another country your home can be a stressful endeavour. Sorting out your belongings back home, planning an international move, setting up new accounts and leaving friends and family behind all add up to a significant amount of stress.

For those with children, getting your family settled in without help from your parents and friends can feel like an even greater burden. Add to this the fact that it’s all taking place in a location and culture that’s completely new to you, and it’s easy to see why many expats find themselves feeling overwhelmed.

Social isolation is a common experience for expats. In a completely new place, you might initially feel like an outsider; like you don’t belong or don’t fit in socially – in addition to frequent bouts of homesickness. And because expat life is more transient by nature, when you do make friends, it’s likely that at some point they will leave. After a while, this cycle becomes repetitive; some expats find it increasingly difficult to form new friendships as they’re subconsciously protecting themselves from their own future loss.

The social aspect can be even harder for men, who may feel left out even among the community of expat spouses. Says David Roth, who took a hiatus from his career as an interior designer for his wife’s international assignment to Hong Kong: “Women prefer to hang out with women; men are typically at work. As a male ‘trailing spouse’, you’re an anomaly. I miss the banter with friends and colleagues back home. There’s more to someone’s identity than a job title. I’ve lost my ‘social’ identity.”

In the West, we tend to base our identities on our careers – and this tendency may be even stronger among the very achievement-oriented types who end up as Hong Kong expatriates. For trailing spouses who divert their career paths, put their goals of higher education on hold or otherwise make major changes to their own life plans for the sake of their partner’s opportunity, this can lead to a deep sense of resentment and unhappiness.

This dissatisfaction is rooted in a loss of identity – a notion that you’ve given up your own life to live your partner’s. Focusing solely on the needs of your spouse and children can cause you to a neglect your own, and make you feel out of touch with who you are.

Native New Yorker Bex, who quit her job to move to Abu Dhabi with her husband in 2017, recalls commiserating with other expat wives in the swimming pool of their living complex. “We all had given up something; jobs, careers, friends, so that, for a few years at least, we could be the benefactors of ridiculously generous pay packets and the supposed ease of an expat life,” said Bex. “But there we were, bobbing around the pool, scared out of our wits. It turns out as modern women we are not built, conditioned, schooled, or even have a vague a priori sense of what it means to be known not only as a housewife, but a trailing spouse… We all admit to feeling throughout the day real anxiety that we might get sucked down into this fake reality made, by sheer attrition, into women we wouldn’t recognise.”

Aside from creating space for a lack of meaning in your life, not pursuing your own career can also result in sheer boredom and idleness. Sara Young, who was in law school in Britain when she decided to move to Singapore with her spouse, says it was hard for her to get her bearings again, career-wise. “In Singapore, it was difficult to find work. I was bored and I was resentful that my boyfriend was pursuing his career and I wasn’t. I had trained for five years to become a solicitor and now, nothing. As we had no certainty as to how long we would live in the country, I did not retrain.”

Using Substances to Cope with the Challenges of Trailing Spouse Life

As it turns out, the feelings commonly experienced by trailing spouses – stress, lack of purpose and social isolation – are all emotional causes of addiction. Many people in this situation find it easy to use alcohol and drugs as a coping mechanism when they don’t know where else to turn. Expat life in Hong Kong also comes with its own set of addiction drivers: a higher disposable income, restlessness when you’re not as goal-focused as you’re used to being, the social acceptability of drinking in expat circles and an increased sense of anonymity.

Shanghai expat John Armstrong points out how common this is: “If there’s one thing I’ve noticed about expats in Shanghai, it’s that they tend to drink and pursue ‘alternative lifestyles’ far more than they would have had they not moved East to partake in China’s economic miracle.”

Despite strict drug laws, illicit substances are still widely available in Hong Kong, and expats likely have access to them through their social networks.

Making the Most of Your Time in Hong Kong

But while being the spouse of an expat is undoubtedly challenging at times, it is entirely possible to settle in and discover new meaning in this important phase of your life’s journey. If you’re unsure as to how to spend your newfound free time, try the following:

Put yourself out there. Look for local events, go to meetups; join a yoga studio or shared creative space. Talk to locals you meet throughout the day. Get to know the business owners on your block. You never know where you’ll meet someone you click with, and you just might discover a new interest in the process.

If you’re not currently getting paid for your talent, put it to use by volunteering. There plenty of ways to give back to this new community that you now call home: tutor underserved youth, walk a rescued dog or join a beach clean-up. These activities offer the added benefits of getting you outside, encouraging you to explore new parts of the city and keeping you active. They’re also a great way to teach your kids the value of helping others – which in turn helps them build emotional resiliency.

Get Back to Work

Hong Kong is famously entrepreneurial; its free economy attracts people from all over the world who start impactful restaurants, e-commerce businesses, clothing brands, tech companies and more. Hong Kong University’s School of Professional and Continuing Education (HKUSPACE) offers a variety of part-time, short-term programmes for those who want to brush up on their business acumen.

When you’re feeling down, don’t forget: all your lifelines are still available. Call a family member, chat with a friend and tell your partner how you feel. Seek out other expats – they’ve been through the same experiences. You are not alone.

It’s also a great idea to get professional counselling. If you’re struggling with the trials of readjustment and want tools for working through them in a healthy, supported, substance-free way, The Cabin Hong Kong can help. We offer comprehensive, conveniently scheduled group and individual therapy sessions held at our office right in Central. Contact us today to learn more.