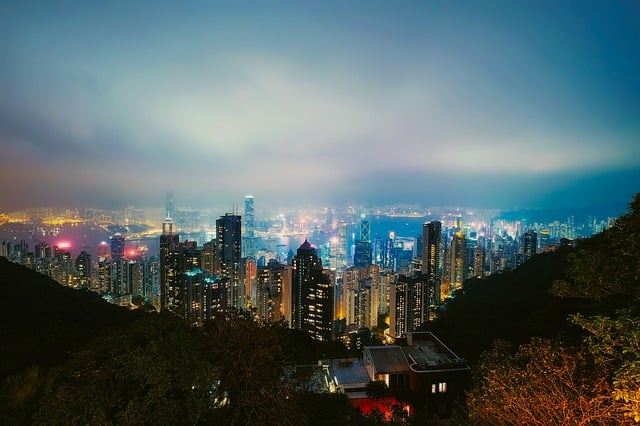 Official statistics show that drug abuse in Hong Kong has declined in recent years. However, there is more to the truth because in actuality, there is a growing number of drug abusers who are hiding in the dark and using drugs at home.

The hidden drug abuse problem in Hong Kong was uncovered through tracing the drug abuse history of new cases. The abusers admitted that they have started taking drugs early on during their youth. They managed to evade discovery because they took drugs at home or at a friend’s home but was never caught. Drugs that had less obvious effects were also their preferred form of drugs during their abuse period, so even their families were unable to detect the addiction sooner.

Scratching the Surface of the Hong Kong’s Drug Story

Despite being home to one of the most established societies in the world, Hong Kong has long been known to be vulnerable to many social problems, including drug abuse. Drug addiction in Hong Kong is a matter that the government takes seriously. There are plenty of legislations, operations, and efforts used by the authorities to tackle illegal drugs.

But despite the numerous measures against drugs, local Hong Kong citizens only know too well that drug abuse is rampant in their society because drugs are not only depicted in the movies, but it is common to know a drug abuser among their own social circle. Surprisingly, drug statistics reported that there was a downward drug trend starting in 2008 with a remarkable 40% drop. The figures were still decreasing in the consecutive years that followed.

The government made an effort to dig deeper into the matter to unravel the mystery of the statistical information. There was a qualitative study done in 2017 that involved 30 ex-drug addicts. They were interviewed and were invited to be a part of the study. The study used a semi-structured questionnaire to create a profile for each participant. Socio-demographic data and a series of drug-related questions were included in the survey.

The results were scrutinized by using a thematic analysis of the gathered data. It painted a clearer picture about the stages that a drug user had gone through before becoming a full-fledged addict.

The study further strengthened the theory that the aggressive actions against drug addicts are not as effective as it may appear. It seems that instead of having an effective combative action against drugs, the problem only became “undetectable” instead of being eliminated. The government efforts in making drug abusers submit themselves for treatment only made them go into hiding.

The Accessibility of Meth in the City

One of the biggest drug battles that authorities in Hong Kong have to face is the rampant methamphetamine addiction. It is a rapidly worsening problem because the addictive stimulant is so easy to produce. Meth is also a popular drug among abusers because the drug’s effects are not so obvious most of the time.

A big reason why meth is so ideal for high-functioning addicts is that it is available almost everywhere. Recovering addicts can testify how easy it is to purchase meth or “ice.” Dealers are able to manufacture and deliver these drugs while remaining undetectable. An ex-meth abuser in Hong Kong recounted that the drug was delivered to her in a burger. The drug is so easily accessible in Hong Kong that individuals can get the drug while buying noodles from a convenience store.

Most of the meth that were confiscated in Hong Kong were suspected to originate from suppliers in nearby Mainland China. There are a number of secret labs that produce meth on such a large scale that the country surpassed Mexico as the top methamphetamine producer. China has limited regulations for the precursor ingredients for meth. This allowed the suppliers to meet the meth demands of other countries like Hong Kong.

Aside from the drug’s accessibility, another factor that makes meth desirable is its price. Addicted youths can afford to buy meth, and the quality of high they get, is comparable to pricier drugs like ecstasy. It is relatively inexpensive, and a gram of meth can last them for up to three weeks. Since the cost is low, parents and loved ones remain unaware of the individual’s spending habits.

How Addicts Hide Their Habits

When a person is addicted to a certain drug and would like to keep the habit a secret, he or she can go to great lengths just to hide it. You might be surprised how even the closest of kin cannot detect that there is a potential drug abuser. Sadly, lying is part of the addiction and hiding becomes a habit.

Hong Kong authorities may intervene if a person is found to be addicted to drugs. But more than being caned for abusing drugs, the individuals have other reasons why they try to conceal their drug problem. First is self-denial. Nobody wants to grow up and end up being a drug addict. Even as a drug addict, that person may not want others to know because he or she cannot accept the fact that they succumbed to the addictive nature of the drug.

Another reason why addicts hide is because they want to downplay the severity of their drug addiction. They may or may not understand the consequences of meth addiction, but one thing is for sure, they are hooked and are ashamed to admit how severe the problem has become.

Hard to Detect: Meth Addicts are Getting Increasingly Creative

When it comes to hiding drugs, it is surprising how drug abusers can find the most inconspicuous places to do it. Some of those hiding spots include vents, ducts, video game consoles, the underside of furniture, and inside mattresses. The possibilities are endless. As a concerned individual, you can detect these hiding spots by looking for clues. You can check items that the individual guards very closely. Alternatively, it can be an item that the individual refuses to let others interact with. Being observant where drug paraphernalia might be hidden can also help when you are attempting to intervene a loved one’s meth addiction.

Drug addiction treatment in Hong Kong is readily available. The problem is that drug abusers are getting more evasive. With hidden drug abuse issues, authorities need to constantly develop a new approach to uncover and treat elusive drug users.

The first step is to trace the problem to its roots. But unlike other standard drug-related issues, a hidden drug problem would take extra effort. The drug abuser can be adept at hiding the addiction and you cannot easily pinpoint any associations with drug usage.

A drug abuser, who is an expert at covering his or her tracks while abusing one or more drugs, is called a high-functioning addict. The person is so good at masking the addiction that it will be difficult to tell that there is a problem. High-functioning addicts can live their daily lives as though they were leading a drug-free lifestyle. This means that they can sustain their day jobs and remain sociable. However, this would only last for a while. Being a high-functioning addict is considerably dangerous because signs of drug abuse become obvious at later stages.

How to Spot a High-Functioning Addict

Many families question themselves when they discover a family member’s struggle with drugs. They wonder why they were not able to spot the signs that there was something wrong. Technically, it is not their fault. High-functioning addicts are just really good at hiding their addiction.

Although their condition sounds more serious, high-functioning addicts are not a lost cause. If you are a family member or friend, you can identify the signs, but it will take more patience, awareness, and knowledge. After successfully identifying the signs, you can intervene before the drug abuse worsens.

If you or a loved one may be involved in hidden drug abuse, you should look out for the following signs:

Notice how they tend to side drug addiction and abuse. They may give bizarre excuses that justify how drug usage helps relieve stress serve as a reward for working hard.

You need to know who the individual socializes with. If the people they choose to hang out with have a history of drug abuse or are actively using drugs, then you should pay closer attention to them. Your loved one may be actively abusing drugs due to peer pressure.

A high-functioning addict may often complain about having a headache upon waking up. This could be a withdrawal symptom. This may happen if the person cannot use the drugs on a regular basis in order to keep it a secret.

One of the most obvious signs that drugs have taken over a person’s life is when that person begins to lose interest in hobbies he or she used to love.

Are you noticing that the individual repeatedly chooses to miss family gatherings or other social gatherings? Does it seem like he or she spends a lot of their time isolating themselves? Even simple actions like staying in their rooms more often or spending a lot of time in the bathroom can be tell-tale signs of a drug addiction.

Paying careful attention to the individual’s spending habits can help when you are trying to determine a concealed addiction. Money is a sensitive matter. Even family members cannot openly discuss problems pertaining to money. If you notice how a person suddenly changes his or her spending habits, you can question it by asking if they are trying to live a frugal lifestyle or spending the extra money they have on bad habits.

These signs may not cause for worry but they should not be completely ignored, especially when you notice things are starting to get out of hand. In fact, these are very subtle warning signs. You cannot tell that something is wrong if you do not look close enough. While there’s a risk of damaging your relationship with the individual, you can save a life if your hunch is right.

Aside from established anti-drug strategies implemented by the government, hospitals in Hong Kong are teaming up to try new schemes for treating drug addiction. The new programme have helped 73 per cent of drug abusers, showing positive results. The latest drug treatment in Hong Kong also tackles co-occurring disorders.

We need to acknowledge that mental illnesses have a strong association with habitual drug abuse. Aside from rolling out new treatment methods, the government and health authorities are also encouraging family involvement. When loved ones become part of the treatment process, the recovering drug addict will have an emotional support system to rely on. This can make the overall treatment more effective.

What Are The Options For Addiction Rehab In Hong Kong?