Hong Kong Mourns the Death of Linkin Park’s Chester Bennington – Did His Addiction Play a Part?

Linkin Park enjoyed huge fan base in Hong Kong, and the suidice of frontman Chester Bennington has them reeling. We take a look at how his addiction and mental illness played a role in his untimely death.

Despite Hong Kong’s well-known love of Canto-pop, US rock band Linkin Park accumulated a large following here. Thousands of fans showed up when Linkin Park played Hong Kong in 2004, 2007, 2011 and 2013, and the band was an inspiration for local bands like Rain in Time. Those same fans were shocked and upset to learn of Chester Bennington’s untimely death earlier this year.

On July 20, 2017, the rock band’s lead singer was found dead in his California home at the young age of 41. Officials reported the cause of death to be suicide by hanging. Unfortunately, the Linkin Park frontman has struggled with drug addiction and alcohol addiction since he was just 13, which most likely fuelled the depression that led to his end.

The candid, introspective lyrics Bennington sang for Linkin Park were a large part of the band’s success. But many of them are autobiographical, and if you listen closely to some of the band’s more chilling songs, you can hear the pain and suffering the singer was going through. 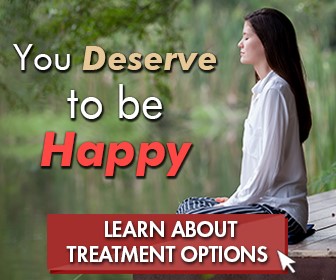 Unafraid of making his battle with addiction known to the public, Bennington openly discussed his struggles with substance abuse.  years. He told E! News in 2014:

‘I was a lot more confident when I was high. I felt like I had more control over my environment when I was on hallucinogens or drinking.’

A History of Substance Abuse

Bennington began using LSD and alcohol in his early teen years, but soon graduated to methamphetamine and cocaine use. He stopped all drug and alcohol use in 1996, but over the next couple of decades he experienced several relapses, delving back into substance abuse especially when times got tough.

In May of this year, Bennington’s good friend and fellow rock singer Chris Cornell of Audioslave and Soundgarden also took his own life unexpectedly. Bennington was the godfather of one of Cornell’s sons, and performed the song ‘Hallelujah’ at his funeral. On social media, Bennington wrote a tribute to Cornell, ‘I can’t imagine a world without you in it. I pray you find peace in the next life.’ It’s unclear whether or not Bennington’s suicide on July 20th, what would have been Cornell’s 53rd birthday, was in some way linked to the pain he was feeling over the loss of his good friend.

Despite seeming upbeat and optimistic according to friends and loved ones, it appears he was dealing with some internal demons, and reports say that at least one empty alcohol bottle was found at the scene of Bennington’s suicide.

What Does Addiction Have to do With Suicide?

Addiction and suicide are linked – reports have shown that more than 90 per cent of people who commit suicide are suffering from a mental illness (including addiction). According to the National Institute on Drug Abuse (NIDA),

‘Addiction is defined as ‘a chronic, relapsing brain disease that is characterized by compulsive drug (or alcohol) seeking and use, despite harmful consequences.’

But addiction doesn’t normally appear alone. Over 50 per cent of those who suffer from addiction are also suffering from another disorder. This is often referred to in clinical terms as ‘co-occurring disorders’.

Co-occurring disorders are two or more mental health issues that occur at the same time. In the case of addiction, it means the addict is also suffering from depression, anxiety, mood or other disorders.

Much like the chicken and the egg debate, it’s sometimes difficult to tell which came first. However, the two disorders tend to feed off of each other in a vicious cycle, each exacerbating the other, if not properly treated.

Bennington told NME of his depression earlier this year, saying that he’s struggled for a long time with the inner turmoil of his mind and that his whole life has felt ‘just a little off’. He offered this description of his difficulty:

‘(My mind) is like a bad neighbourhood and I should not go walking alone.’

Bennington also openly admitted to being molested as young child (not by family members, but by ‘people around’). Trauma such as child abuse – sexual or otherwise – can significantly increase the chances of addiction and mental health disorders down the road.

Substance abuse often becomes a way of escaping mental turmoil, sadness or discomfort – this may mask the problem temporarily, but it ultimately magnifies the symptoms. And when substance abuse becomes a coping mechanism, it’s even more likely to lead to dependency and addiction.

In Chester Bennington’s case, a lifetime of mental illness, combined with drug and alcohol abuse, eventually led him down a path that he could no longer handle.

All too often, signs of suicidal tendencies go unnoticed by loved ones. Getting outside help as soon as possible is the best way to prevent suicide. If you or someone you know is struggling with addiction, mental illness or suicidal thoughts, contact us today to see how we can help.

If you’re having suicidal thoughts, or you’re concerned that loved one is considering suicide, contact a suicide helpline in Hong Kong immediately.

Love Addiction: Your Guide to Ending a Toxic Relationship

More than Skin-Deep: the Reality of Plastic Surgery Addiction