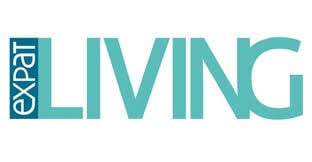 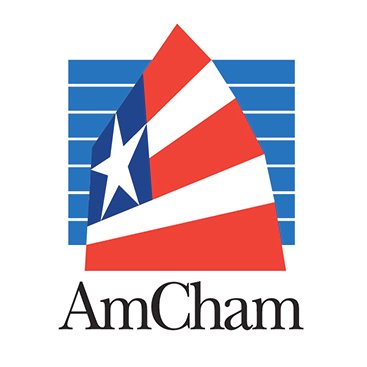 When Rachel moved from New York to Hong Kong back in 2015 she thought she’d be simply swapping one international financial center for another. The most important thing was that she’d be leaving her “enablers” behind.

Some time ago, I made an experiment. After finishing work on Friday, I switched of the data roaming on my mobile phone – silencing all social media, emails and instant messaging – and didn’t turn it on again until Monday morning. Admittedly, it might not sound as daring as going totally off-grid at a silent spiritual retreat in the Hindu Kush for a year. But the outcome of the weekend experiment was striking. 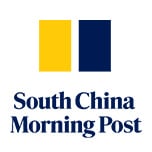 Sex addiction: its causes, symptoms and treatment, and why some people still don’t think it’s real

Like any form of dependency, addiction to sex is an escape mechanism, but it’s a compulsion with a stigma attached that stops people seeing it for what it is. A doctor and sex therapist offers a definition and explains how it can be treated

A highly entertaining five-part series on addictions in Hong Kong – from alcohol and drugs to social media, pornography, smart phones and tablets. Hear how the internet is providing a fast forward button to addiction,  find out what addiction is not, how to tell if you’ve got it, and where to get help if you’re … HOOKED.

Brain health: how biohacking with supplements improves it, and why taking ‘smart drugs’ could be dumb

Nootropic supplements to sharpen our memory and make us more effective and focused are a growing market – and quite different from so-called smart drugs, whose use doctors discourage. We take a nootropic and feel the effects

Digital detox tips and how to switch off from devices to avoid digital dementia: experts give their advice

Have you noticed any short-term memory loss or even problems controlling your emotions? Could be you’re suffering from a digital addiction, but don’t worry – there are ways to avoid the overload without going completely off-grid

How Much Is too Much?

English expat in his thirties workin9 in recruiting, shares his addiction experience.

As drugs become easier to access and policing becomes more challenging, tackling the number of users through education, early intervention and access to help and information is crucial, experts say.

Sex and love addiction on the rise due to online dating apps, says sex therapist

One rehab clinic operating in Hong Kong has recorded a 30 per cent increase in the number of people seeking help for sex addiction – and counsellors believe hook-up apps, such as Tinder, are to blame

What’s the deal with cannabis in Hong Kong?

The use or sale of cannabis is banned in Hong Kong under the Dangerous Drugs Ordinance, which came into effect in 1969. If a police officer catches someone with a substance they suspect is cannabis, they may send the sample off for testing by a government chemist before charging the individual. But with larger amounts of the substance, a suspect may be brought before the courts while a sample is being tested.

It looked like a happy gathering. In March of 2016, more than a dozen people ar-rived at a pizza shop in Shenzhen where a sign pasted onto a glass pizza display read: ‘Thirty percent of pro-ceeds will be donated to Sean Hammond.’ Hammond had died suddenly and the money would go to sending his remains back to New Jersey, with anything extra raised going to his orphaned daughter.

Are you an internet and social media addict? A digital detox may be for you

The world is full of phoneys. In many cities on the planet people have their faces buried in their smartphones. Crowds of commuters marching to work stop erratically to check their devices, couples sit in restaurants checking WhatsApp, and the MTR is a sea of LCD screens.

Evelyn Yu explores the hard-partying culture of the financial sector in Hong Kong, and meets some of those helping the young high fliers who inevitably crash and burn.

Rurik Jutting blew $1m on drugs, drink and sex in less than two years in Hong Kong.
But the former banker claims that it was only when he started to buy cocaine daily in 2014 from a new dealer that he became fixated on violent sex.

As drug dealers jump on the e-commerce bandwagon and begin offering their wares online, experts warn that Hong Kong police may be unprepared to tackle so-called “Dark Net” markets where anything from narcotics to guns can be bought and sold anonymously.

Addiction risk factors and treatment among expats: How to get help with alcohol and substance abuse

“Work hard, play hard” is a common refrain among expats in Hong Kong, and it’s true that many who live here throw themselves with equal relish into their jobs and their social lives. For some, however, the partying can begin to take over, with a range of damaging consequences.

Methamphetamine is rife in Hong Kong. Drug busts are at a record high and addiction is rampant. Arthur Tam investigates the root of this pervasive
problem. Additional reporting by Anna Cummins

Counsellors warn that unique characteristics in the city, like cheap taxis, home help and travel, can speed up the downward spiral for victims.

As the government claims drug abuse among young Hongkongers is in decline, frontline workers are reporting an epidemic in crystal-meth use. Fifty years after a landmark book shone a light on substance abuse in our city, the issue is again being.

Why America Should Be Grateful For Their 12 Step Treatment Centers

A heroin epidemic in the rustbelt, meth labs on the borders, prescription medications flying out of the doctor’s office and everywhere there is the rise of potent dopamine boosting technology pumping our brains’ reward systems. But is America any different to any other country in this respect? In my view, no, not really.

Are Alcoholics Anonymous and The 12 Steps Really Irrational, Unscientific & Outmoded or are They Actually Vindicated by Pioneering Neuroscience?

Spates of recent articles in the press have denounced 12 Step programs as unscientific and irrational but this is based in a lack of understanding of what creates and maintains healthy neuro-adaptation in humans.

Liam Springs from the cab, Mumbling something at the driver-possibly thank-and marches into sydney international airport it’s mid-morning and the place is already a mess of fluorescent lights and foreign accents. Bright and loud, It’s not ideal.

A Thailand-based addiction rehab centre is to open a Hong Kong clinic to treat its mostly expatriate clientele on home soil, its first full centre outside the country.
The Cabin, which offers residential programmes in Chiang Mai, northern Thailand, will open the outpatient addiction counselling clinic in Central.

Why aussie addicts are going to rehab in Chiang Mai, Thailand

Australia has the highest proportion of recreational drug users in the world, according to the United Nations 2014 World Drug Report. We are the biggest consumers of ecstasy, second in opioids, third in methamphetamines and fourth in cocaine. There are 2000 Alcoholics Anonymous meetings held every week in Australia. The organisation estimates it has 19,000 Australian members.

Singer Pete Doherty has cancelled a string of festival gigs and flown to a remote jungle clinic in a bid to try and conquer his drug addictions.

The high and low ends of rehab tourism in Thailand

Thailand is known for its medical tourism industry, with travelers coming here for everything from dental surgery to sex changes. But an increasing number of visitors are coming to the kingdom in search of a solution to addiction-related issues, a niche that has been dubbed “rehab tourism.”

The face of addiction is not always what you think

It can just as easily be your colleague, your boss or your successful, high-flying friend. Walk into The Cabin Chiang Mai, a luxury rehab clinic in Thailand’s north and you are likely to see executives, models, celebrities, elite soldiers, businesspeople and even Olympic athletes.

Addiction and the financial crisis

HERE HAVE BEEN suggestions in the media recently – fuelled by comments made by former drugs tsar David Nutt– that bankers take an inordinate amount of cocaine. I’ve been trying (and mainly failing!) to point out that this is, at best, a generalisation and probably has little factual basis to it. But what do we actually know about drug abuse by occupation?

The Cabin offers Thai hospitality with a twist

Thailand has long been known among foreigners as a medical tourism hub where they can undergo plastic surgery, physical check-ups, spa treatments or get dental care while enjoying holiday. But now other visitors, including world-famous celebrities, foreign royals or billionaires, fly here for an entirely different yet lesser-known reason.

MORE locals and expatriates from Singapore are now kicking their habits at highend rehabilitation centres in Thailand.

Now a mindfulness and meditation coach at The Cabin, a drug and alcohol rehab centre on the outskirts of Chiang Mai, he is using his years of addiction to help others beat their drug dependence.

THESE PLACES MAY LOOK LIKE PLUSH RESORTS BUT THIS IS NO HOLIDAY. GURLEEN KHANIJOUN VISITS THE HIGH-END REHAB CENTRES THAT AIM TO BREAK THE CYCLE OF ADDICTION