As Jackie Chan’s son is released from prison on drug charges, Chan makes his opinion of the death penalty debate known. 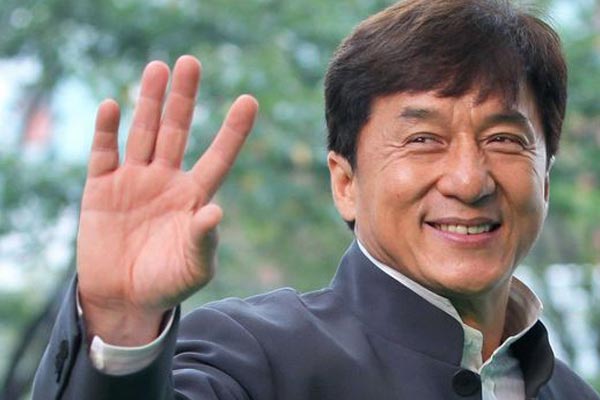 In 2009, Jackie Chan was appointed as the Official Narcotics Control Ambassador by Chinese Police. Chan is an acclaimed actor known for his roles in movies such as Rush Hour and Shanghai Nights. He was given the position in an attempt to draw attention to China’s escalating drug problem, which has seen a massive increase in the use of ketamine and methamphetamines.

Jaycee was arrested for possession of 100 grams of marijuana in his home, was fined 2000 Yuan ($320 USD), and spent a total of six months in a Beijing prison. He also admitted to providing a space for other people to use narcotics. The judge announced that Jaycee’s honesty and remorse was the reason for the relatively light sentence that was handed out, in a country notorious for its strict sentencing on drug related crimes.

At a press conference in Singapore, Jackie Chan lent his voice to the death penalty debate by supporting capital punishment for drug related offences, despite the fact that his son was released from prison in February. In an interview in Singapore, Jackie Chan stated that he did support the death penalty for some of the more serious drug related crimes.

“On some issues, I do support the death penalty,” he stated.

He went on to elaborate, “When you are hurting thousands and thousands of young children, I think these people are useless!…You should get the right punishment.”

These comments came after the release of his son a few months earlier. In regard to his son’s behaviour, Chan declared that he was “ashamed and angry” but that the conviction of Jaycee merely made him more determined to fight against drugs.

His statements were echoed and opposed by the differing people and organisations on each side of the death penalty debate.

The death penalty debate is one of the most widely spread and heated topics all over the world. The very existence of it in a society is set to split people onto one side or the other. Despite his comments in support of the death penalty for drug related crimes, Jackie Chan also stated that he was not the person to decide the fate of persons convicted of drug crimes, which is one of the central arguments in the death penalty debate. Who is responsible for deciding whether people should live or die? And what do they possess that qualifies them for this position?

Retribution versus rehabilitation is also at the core of the death penalty debate, especially when it comes to drug related crimes. Those in favour of the death penalty argue that the death of the perpetrator gives families who have lost loved ones to drugs a sense of closure and comfort, while also removing the offender from the drug game. On the other hand, people who oppose the death penalty believe that the answer lies in the rehabilitation of offenders and addicts alike. They argue that better education in schools and programmes at addiction treatment centres are the answer to the world’s escalating drug problem.

One of the most commonly used arguments in the death penalty debate is that the offenders have no moral standing. The argument claims that they happily traffic, sell and produce products that lead to the deaths of thousands of young people every year. The death penalty eliminates their services and could prevent the deaths of thousands, but the counter argument for this, on the other side of the death penalty debate, is that they are already in jail and therefore cannot get their merchandise out to harm anyone. So what is the point in killing them after they have been arrested?

According to the 2012 report released by Harm Reduction International (HRI) the overall use of the death penalty for most crimes has decreased since 1990, but there have been increases in executions with regards to drug related crimes. This increase is mainly in Arab and Asian countries, which is in direct contrast to the decreasing severity of punishments for drug offences in the West.

According to a tally from the Australian media, Iran, Pakistan, Saudi Arabia and Indonesia have cracked down on drug offences in their countries, and have executed a higher number of inmates in 2015 than in any other previous year. According to Amnesty International, Iran has executed 241 people in the first four months of 2015, which is a drastic increase when compared to the 100 people that were executed in 2008.

So, do these high execution rates stem the use of drugs in these particular countries? For example, the 2013 annual report by the Indonesian National Narcotics Agency shows that there was an increase in drug traffickers arrested from 157 people in 2011, 202 in 2012 up to 260 in 2013. Although there has been a distinct lack of data recovered from these areas, a couple of reports suggest that the death penalty is not acting as a deterrent and that in fact the prices of drugs in these countries are lower than elsewhere and that drug and alcohol abuse is increasing significantly. If these figures are indicative of the effectiveness of the death penalty as a deterrent, then the results are pretty damning.

The death penalty debate is sure to be one that rages on for many years to come, and with celebrities such as Jackie Chan getting involved, it is likely to only gather speed in the immediate future. But how will we ever put this decision to rest? It is a debate in which both sides typically feel very strongly. How do we prove which approach is the correct one? And who makes the decisions of life or death in the mean time? Only time will tell.