The growing acceptance of marijuana has resulted in many new ways to consume the plant. One of the most popular trends is dabbing – vaporising highly potent marijuana extracts. Learn about this new trend and the dangers it poses. Amidst the growing acceptance of marijuana and the push by more and more countries for the legalisation of cannabis products, it’s easy to forget that chronic marijuana use carries with it some very real consequences. Like any psychoactive substance, weed is addictive – and marijuana addiction ends up costing users more than just their hard-earned cash.

Marijuana might not be deadly, but it’s definitely not risk-free. The effects of long-term marijuana use include:

The problem becomes more apparent when you look at some of the newer methods of consuming cannabis. One of the most popular – and dangerous – trends today is known as dabbing.

What is Marijuana Dabbing?

Dabbing is the process of using a specially designed device to vaporise a high-potency cannabis extract. There are many different kinds of extracts, and most of these extracts contain upwards of 80 percent THC. A strong joint of marijuana usually contains between 10 to 20 percent THC.

If you smoke a dab, you’re basically inhaling the equivalent of several joints in a pinhead-sized drop of purified cannabis extract. There is an obvious risk factor associated with using a refined product that’s dozens of times stronger than cannabis on its own. 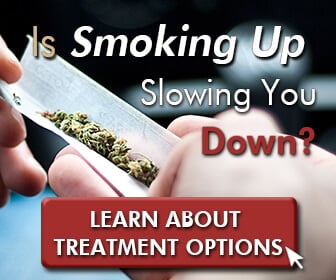 Naturally, the effects of dabbing are far more intense than those of smoking conventional forms of marijuana. While the following effects can manifest with excessive use of marijuana regardless of how it’s consumed, you’re much more likely to experience the following problems as a result of dabbing:

These effects are of particular concern for younger users. The developing brain is highly susceptible to marijuana’s psychoactive effects. Marijuana has been known to promote the development of mental health issues such as Alzheimer’s, and marijuana may also reveal latent mental problems that may not have manifested otherwise.

Dabs May Increase the Risk of Marijuana Addiction

Another concern with dabs is that they can deliver extremely high amounts of THC to the brain within seconds. This gives the smoker an intense high. By flooding their brain with a massive concentration of THC, they can go from being entirely sober to extremely inebriated in a matter of seconds.

For those who seek this type of experience, this high creates a positive association between the method of smoking – dabs – and a sense of relaxation and anxiety relief. As this association becomes hardwired into the brain, it can lead to psychological dependency and addiction. Prolonged use will also result in increased tolerance, meaning more of the drug is required to achieve the same high.

Smoking a dab is nothing like smoking a joint. To smoke a dab, you have to use a butane blowtorch to heat up a piece of steel or iron, known as a nail. The red-hot nail is pressed against the dab, the heat causing the dab to burst into vapors which are then inhaled.

It’s not hard to see how you could hurt yourself doing this. There’s a huge difference between using a Bic lighter and using a butane blowtorch. The temperature required for smoking a dab is hundreds of degrees higher than a typical flame.

Not only this, but there’s a chance that your dabbing device could get contaminated. Many dab smokers leave their ‘rigs’ laying about – on the table, in a drawer, on the windowsill. This leaves plenty of opportunity for dust, mould or allergens to settle on it. When you vaporise a dab, these other contaminants are vaporised as well. This could lead to any number of dangerous health problems.

The process of making cannabis extracts for dabbing also involve heavy use of butane. This is dangerous for a couple of reasons:

It’s tough for people to admit that they’re addicted to marijuana, but there’s no shame in it. If you’re smoking dabs and can’t stop, or you smoke marijuana consistently and are uncomfortable without it, it may be time to seek help.

At The Cabin Hong Kong, our experienced addiction counsellors have helped many people break free of addiction – and they can help you, too. We offer flexible options for intensive outpatient treatment, designed to accommodate the busiest of schedules. Contact us for more information and learn how you can start living the life you want.

Overdose – Steps to Take That Could Save Someone’s Life