The use of cocaine in Hong Kong is on the rise – and it is most common within the Hong Kong expat community. 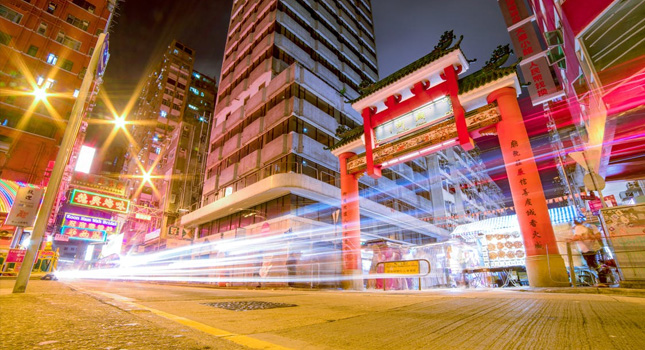 The use of cocaine in Hong Kong has been on the rise since the mid-2000s and is now a regular addition to the party scene – responsible for much of the drug abuse in Hong Kong amongst the managerial expat community.

Hong Kong is known as one of the busiest cities in the world – and the employees feel it! The International Labour Organisation recommends a 40-hour work week, and some countries suggest a work week of no more than 35 hours (take France for example). In Hong Kong, however, the work week sees an average of 49 hours per week, and many workers find themselves logging over 60 hours.

It is these long working hours along with the high levels of stress that often lead to substance abuse. The use of cocaine in Hong Kong has sharply risen in recent years, as employees turn to drugs and alcohol to help them let loose over the weekend.

The majority of expats in Hong Kong are young, single males who are making more money than they did before – and are keen to enjoy the thrills of the country while they have the chance. Far from their families, these expats are keen to spend their weekends chasing drugs, alcohol and women.

Basically – these guys live the saying ‘work hard, play hard’. White-collar workers such as accountants, stock-brokers, recruiters and bankers work long hours, earn high salaries – and are put under a lot of stress! On the weekend, they party until they cannot physically party anymore – and then head to work on Monday morning (usually). And, since cocaine in Hong Kong has recently become very easy to access, it is being abused more and more frequently each day. Some workers have been known to spend HK$30,000 ($3,800 USD) each weekend.

Trafficking of Cocaine into Hong Kong

Since the 1980’s, Hong Kong has recorded a steady rise in cocaine trafficking which many officials blame on Mexico’s Sinaloa cartel – one of the ‘most notorious’ drug cartels in the world. Due to the influx of the drug, street prices of cocaine in Hong Kong have dipped, making it pretty much the top drug of choice for the high-functioning addict (an addict who seems to lead a normal life, but also abuses substances in ‘secret’).

Unfortunately, the cartels frequently use poverty-stricken Mexicans and South Americans as mules to smuggle the cocaine in Hong Kong as well as hiding their drugs inside various objects such as tins of pineapple, skin lotions and even bath salts. However, regardless of how the drug smugglers get the cocaine into Hong Kong, the fact remains that it is taking the young expat community by storm.

A typical Hong Kong expat earns a relatively high salary, and 75% of all expats earn substantially more than they would back home, leaving them with an excess of disposable income. Thus, they will work long hours during the week, and then join the drug-fuelled party scene on weekends.

The area of Wan Chai in Hong Kong is a kilometre squared of bars and clubs, where expats usually go to splurge their money on booze, women and drugs. Cocaine in Hong Kong is widely accepted as a party drug, and some bars even supply it to models and rich expat customers in order to ‘get the party started.’ And once the party starts – it goes all night! There is no shortage of bars that stay open until the wee hours of the morning – and also bars that open as early as 9:00am to ensure the party never stops.

An expat in Hong Kong for seven years, this British banker admits that he had to leave Hong Kong in order to escape the drug scene. In an interview with CNN, the expat confirms that cocaine in Hong Kong is more than plentiful. Within the first week he’d been offered the drug, and first used it just a month later. Soon he was hooked, and admitted to using cocaine four times a week on average. When asked about why cocaine in Hong Kong was so common, he said “it can only really be down to two things — the availability of it and how many people do it; the general acceptance of it in Hong Kong.”

In fact, drug deliveries typically begin at 4pm on Friday afternoon at the office. Addicts can give their dealer a call, and their team of drivers will be waiting outside the office building within a matter of minutes. Since Hong Kong holds the status one of the world’s top international financial capitals, law officials tend to overlook the misbehaviour of its expats, so as to retain good business relationships with other countries.

Combatting the Use of Cocaine in Hong Kong

A government committee has been created to evaluate Hong Kong’s working hours with the aim of imposing set working hours in a day (something that is standard in most first-world countries across the globe). And while employees are enthusiastically awaiting this new legislation, business owners are objecting. Their argument is that restricting working hours and making overtime pay a requirement will not only take away from their profits, but it will negatively impact the business’ adaptability and flexibility – causing Hong Kong to lose its competitive edge.

Unfortunately, the British banker mentioned earlier found the only way to combat his growing addiction to cocaine was to leave Hong Kong – but that doesn’t have to be the case for everyone.

The Cabin Addiction Services now offers drug rehab in Hong Kong. This treatment facility offers an effective and affordable outpatient addiction treatment programme that works around your busy schedule. If you or someone you know is addicted to cocaine or other drugs in Hong Kong, contact The Cabin Hong Kong today to find out how we can help.

Read Why Cocaine Is Highly Addictive