Expats and Addiction in Hong Kong

Living an expatriate lifestyle can be incredibly rewarding. It comes with a new job, new country, new culture, (usually) great weather, a higher salary and a lower cost of living. But moving abroad can also be very challenging, lonely and overwhelming. 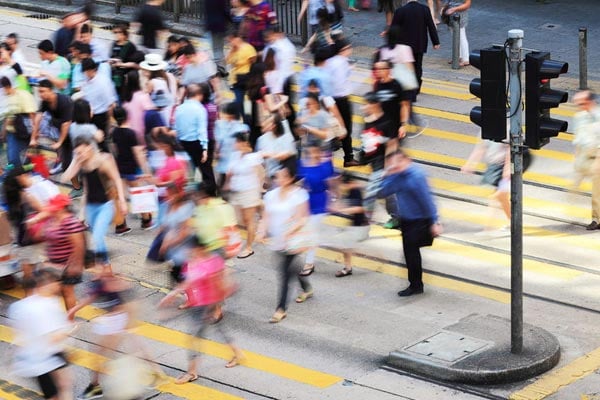 Expats often turn to alcohol or drugs in an effort to deal with the pressure of being in a new, foreign land. This is particularly true for expats in Hong Kong where long hours and fast-paced work is the norm – leading to high levels of stress mixed with lack of sleep.

Living as an expat in a foreign country can be adventurous and exciting, but there are also downsides to being far away from home and being immersed in an unfamiliar and often confusing place. The reasons why so many expats who live in Hong Kong turn to drug and alcohol abuse are shown below.

Expats and Addiction in Hong Kong: 7 Reasons why it is on the Rise

Most of the expats in Hong Kong work in the banking and financial sector, and they make more money than they were at home. In 2010 HSBC did a survey of 250 people and 75% of them earned more than they did in their own countries, and 35% of the individuals working in the banking industry were making more than $200,000 a year. Earning more translates to more disposable income to spend on enjoying one’s self, which at the begining probably meant drug and alcohol infused nights on the town; however once the partying and substance abuse becomes a habit, it can lead to addiction.

Most of the people sent to work in Hong Kong by foreign companies, are young, single males, and while they are in Hong Kong they look to have a great time. One resident who has been living in Hong Kong on a long-term basis, and owns a bar summed it up: “There are a lot of single guys here. They are often posted here by their companies, without their families and they like to party and go out chasing women.”

It is easy for these young party-goers to slip from weekend parties to daily drug and alcohol indulgence and before they realise it full-blown addiction.

3. Pressures of the job and city.

Most of the jobs for expats in Hong Kong are in the financial industry in management, CEO and other high-flying positions. These jobs offer great pay, but they come with long hours and intense pressure, and a lot of the expats doing these jobs turn to drugs such as cocaine to keep them going through the week.

Hong Kong has been described as ‘London on steroids’ and this is a perfect fit for the crazy lifestyle many expats live in the city. The music is loud, the streets are busy and the bars are always going. It is a great place for expats who have long working weeks to chill out and blow off some steam. This can easily lead people down the slippery slope to drug and alcohol abuse.

Expats are frequently lonely, and this is one of the main reasons that they frequently end up battling addiction. Expats are far away from their family and friends, and often live in a country where they do not speak the native language. This means that they are often isolated with no one to talk to and no support network, and this can easily lead to the use of alcohol or drugs as a social safety blanket, which often leads to addiction.

Cocaine in Hong Kong is readily available and is cheaper to purchase than in most Western countries. Police in Hong Kong have said that seizures of cocaine have almost doubled in the last few years, and that they see the abuse of the drug continuing to rise. The low price and availability of drugs combined with the high salaries of expat workers makes it that much easier for expats to fall into the trap of addiction.

The majority of expats in Hong Kong do not drive, mainly relying on the city’s very competent underground rail system and taxis to get around. Drunk driving laws in many countries are strict, and most people try not to risk getting caught. However, very few Hong Kong expats have cars – and therefore do not worry about getting caught driving under the influence. When this is the case, it is not uncommon for expats to consistently drink or use drugs.

Drug and alcohol abuse by expats living in Hong Kong can also simply stem from boredom. This is found in two predominant areas: retirees and housewives. Both of these groups of expats have a large amount of time on their hands as they do not have jobs, and they do not have the familiarity of home, friends or family. Often they cannot speak the local language, and this can lead to feelings of isolation and loneliness that often spur people to use drugs or alcohol to numb their feelings – slowly leading to addiction problems.

Hong Kong is an easy place to fall into the wrong crowd of people, and to get swept up in the drinking and drug culture. If you or someone you know is struggling with an addiction, it is important to get help as soon as possible. The faster you get your addiction under control, the better chances you have at a full recovery.

The Cabin is an outpatient centre for drug rehab in Hong Kong, and deals with both substance and process addictions. We operate using our unique treatment programme, called  Recovery Zones, which is based on the most effective addiction treatment methods available today, such as CBT (Cognitive Behavioural Therapy) and the 12 Steps – they have, however, been combined and fine-tuned for even better results. The Cabin is located in the Central district of Hong Kong, and we offer tailor-made programmes to fit around work or personal schedules. Contact us today if you need help overcoming an addiction.

Teen Drug and Alcohol Addiction: What Parents Can Do to Minimise the Risks