Smartphone Addiction: Selena Gomez Went 90 Days Without Her Phone. Should You?

Anxiety, loss of sleep and irritability are just a few of the withdrawal symptoms people experience when separated from their phones. As the world becomes increasingly reliant on mobile devices, we examine the very real risks posed by smartphone addiction. 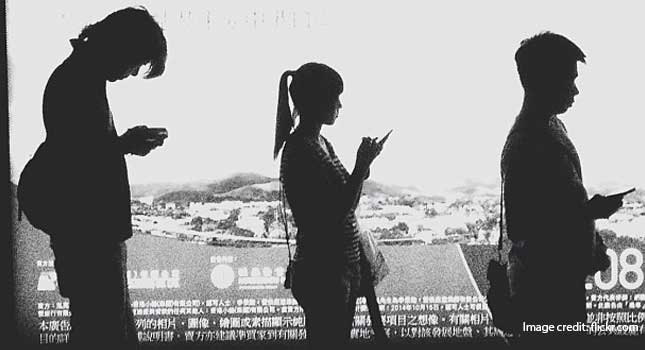 When actress and singer Selena Gomez announced in December that she had unplugged from technology for three months, it brought the problem of smartphone addiction back under the spotlight.

“I recently took 90 days off,” the 24-year-old said at the time. “During that time I did not have my cellphone. It was the most refreshing, calming, rejuvenating feeling. Now I rarely pick up my phone, and only limited people have access to me.”

For many of us, going without a smartphone or tablet for a day is a daunting prospect, let alone three whole months. While the constant connectivity provided by mobile devices is doubtless one of man’s greatest technological achievements, it is becoming increasingly apparent that there is a price to pay.

As the world comes to grips with its new relationship with mobile technology, studies suggest that smartphone and internet addiction is a very real problem. A survey carried out by Common Sense Media in the US last year returned some interesting results. Fifty percent of all teens surveyed said they felt addicted to their mobile devices, a sentiment echoed by 28 per cent of parents.

Studies suggest that ‘nomophobia’ — experiencing severe anxiety when you can’t access your smartphone — is becoming a major issue in Asia. A 2015 study of almost 1,000 students in South Korea found that 25 per cent of school children were addicted to their mobile devices.

Hong Kong, too, is experiencing problems with smartphone addiction. A 2015 survey of more than 500 teenagers found that 90 percent of them spent an average of 3.5 hours a day on their smartphone and sent and received about 221 messages per day.

A more recent worldwide survey carried out by Connected Life and global research consultancy TNS found that 16-30 year olds in Hong Kong spent an average of 2.8 hours per day on their mobile devices. That’s almost 20 hours per week, or more than 42 days in a year! 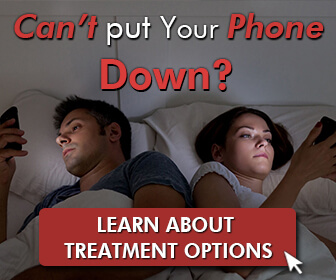 Causes and Effects of Smartphone Addiction

There are a number of theories as to what actually causes smartphone addiction.

Smartphone addiction is more likely to become a problem for those who are experiencing stress, depression or loneliness, while those with obsessive-compulsive disorders are also thought to be more vulnerable.

People who are shy or struggle to form relationships may also be susceptible, while others use mobile phone engagement as a defensive mechanism to avoid social interaction when they are alone in public places, such as restaurants.

Although research into the effects of smartphone usage is still in its infancy, a number of negative outcomes have been identified. Physically, excessive smartphone usage can cause problems such as carpal tunnel syndrome, neck problems, poor posture and short sightedness.

The psychological effects can be even more serious. Addicts can face extreme anxiety when they are without their smartphones. It can also cause people who are socially awkward in real-life situations to withdraw even more. Smartphone addiction has also been linked to sleep deprivation, depression, anxiety and even poor performance at work or school.

Are You Addicted To Your Mobile Device?

If you feel you may have a problem with smartphone addiction, watch out for these tell-tale signs:

If even just a few of these symptoms sound familiar to you, it may be time to examine how much time you spend on your phone. Try to go without your phone for a day, or even half a day. If you experience withdrawal symptoms like restlessness, irritability, difficulty concentrating or craving to use your smartphone, then it may be time to take action.

There are many effective ways you can curb your smartphone usage. Not taking your phone to bed at night, turning it off when you are busy with other tasks, deleting social media apps and turning off unnecessary push notifications can all help to dramatically cut down your smartphone time, not to mention save your data.

Therapy and counselling can also be invaluable in helping to control smartphone use. Cognitive behavioural therapy can change your perceptions of how you use your smartphone and help you find healthier ways of dealing with emotions like depression, stress and anxiety.

While a life without a constant feed of messages, mails and social media updates might seem an empty one, you might be surprised at how liberated you feel after a few days without your smartphone. If it worked for Selena Gomez, it just might work for you.

If you are concerned about your or a loved one’s smartphone usage, The Cabin Hong Kong has certified therapists who specialize in behavioural addictions including excessive use of mobile devices, social media and the Internet. Contact us today to learn more about how we can help.

Game Over: Fighting Back Against Hong Kong’s Video Game Addiction