Compulsive sexuality is a manifestation of the disease of addiction

Compulsive sexuality failed to make it into the new edition of the DSM (the psychiatrists’ bible) in 2013, despite significant attempts by many heavyweight experts in the fields of psychology, neuroscience and medicine to have it included alongside problematic gambling – as an addictive disorder. This leaves compulsive sexuality in a no-man’s land of clinical diagnosis. People who clearly have a significant problem with controlling their sexual behaviour are still officially – not ill – merely misguided, or perhaps suffering from some other illness which makes them excessively sexual. 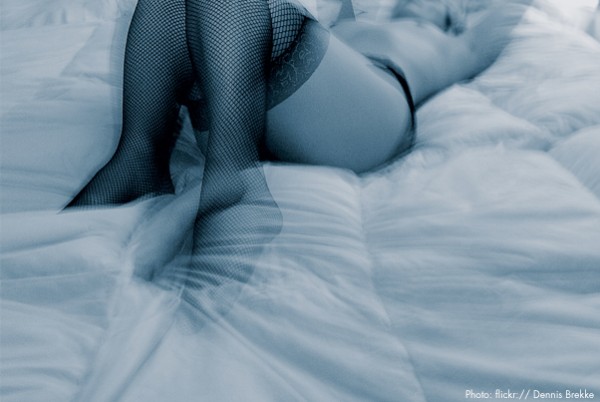 The problem with this is the very large number of professionals who are dealing with sexually compulsive clients, know full well that it is a distinct disorder in its own right – and to be more accurate – a recognisable manifestation of a recognised illness – addiction.

The movement to include sex addiction as a disorder in clinical guides such as the DSM has been led by world renowned pioneers in the field such as Dr. Patrick Carnes, who wrote the seminal book on the subject “Out of the Shadows” in 1992. I saw him speak at UKESAD addiction conference in 2014, where he was bemoaning (along with many other psychology professionals) the slowness of bodies like the American Psychiatric Association to include sexual addiction as a recognised disorder.

Combined with this groundswell of support from frontline professionals is the growing amount of research which is now proving fairly conclusively that the brains of sexually addicted individuals mirror exactly the brains of drug addicted individuals. This year Cambridge University researchers led by Dr. Valerie Voon, used fMRI brain imaging to observe the brains of compulsively sexual men being exposed to pornography. The findings were clear. Those being observed had very significant neural activity in the brains reward circuitry, which was analogous to drug-addicted brain functioning, and not similar to ordinary individuals watching the same images. Malfunctioning reward circuitry has now been highlighted by medical bodies, like The American Society of Addiction Medicine and the National Institute of Drug Abuse, as the main culprit in the formation of the disease of addiction.

The main argument for non-inclusion of sexual addiction as a disorder seems to be that the research is not conclusive enough yet. Dissenting voices such as Dr. Reef Karim of UCLA claim that hyper sexuality can be caused as a by-product of lots of other illnesses such as ADHD. However, it now seems absolutely inevitable that eventually the research will be overwhelming and conclusive – and that the theoreticians will finally catch up with clinicians in the field.

My personal belief is that if we want to look for ‘proof’ of the existence of ‘addictions’ then we need to look no further than the ordinary sufferers themselves. Throughout the past several decades 12 Step programmes treating a variety of different addictions have proliferated. The original fellowships of Alcoholics Anonymous and Narcotics Anonymous, which originally formed to provide peer support for alcoholism and drug addiction, have mushroomed to include more than fifty recognisably different fellowships. Some provide support for much lesser known forms of the disease, such as shoplifters anonymous, sex workers anonymous and overeaters anonymous, to name just a few.

But before you cry out “ridiculous….how can those things be addictions?” consider this. All of those things provide rewarding feelings (strange though it may seem to many of us) and we know that addiction is a primary illness caused to a large degree by reward deficiency. Consider that hundreds of people have taken the time to meet in cold, smelly community centres and church rooms to talk to others about their problems with these behaviours, because the consequences of these behaviours were so bad that they have to seek help.

Consider also that there is currently no official fellowship called ‘caffeine anonymous’, a substance most people consider to be addictive, but which researchers have proven has no significant effect on the brain’s reward, memory and reasoning circuit –  which is the usual culprit as the disease forms. This would be a case of folk wisdom mirroring what scientists will later find to be the case. In short, if a 12 Step fellowship exists to support people with certain problem behaviours – it is because those behaviours have caused a significant amount of distress for a significant amount of people, who found that they could not control that behaviour. Therefore they were forced to go through onerous and thorough self-help procedures to get better. If the consequences are not so bad, and the compulsion not so strong (as with coffee) then people will not go to these lengths – and lay support programmes will not form around them.

Conclusively – if there is a 12 Step programme for a behaviour or chemical, then it is probably a potentially addictive one, because whatever it is – it is boosting the brain’s reward system in those people who suffer from natural or environmentally created reward deficiency in the mid brain. Once they begin to use this chemical or behaviour it medicates their mid brain, and then distorts their brain’s ability to make sound decisions. This is the well known and widely accepted definition of addiction. Why are we still so surprised that things other than drugs can create dependencies in humans? The proof is observable in the measures ordinary people have taken to save their own lives.

When Sex is an Addiction: How to Tell Your Partner You Cheated

Love Addiction: Your Guide to Ending a Toxic Relationship

How to Live with a Recovering Sex Addict: Help for Partners