Obesity rates in Hong Kong, especially among children, are soaring and sugar addiction could be to blame. 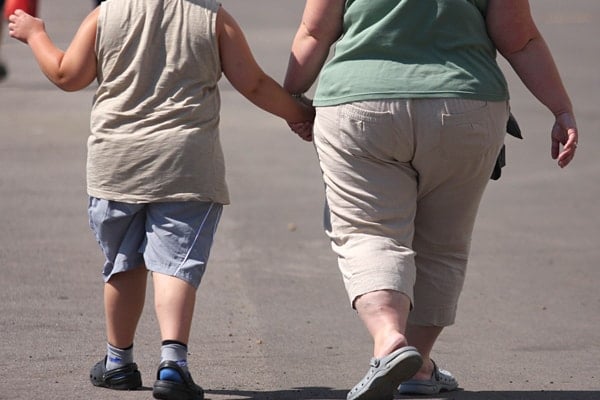 In high-income countries such as the U.S., Britain and Australia, obesity among the population has been a struggle for many years. But now Hong Kong and other countries through Asia are struggling with an obesity epidemic and all the negative health effects that go with it such as diabetes and poor cardiovascular health. And children are the most affected.

According to the Department of Health, obesity among primary students increased from 16.4% in 1997 to 21.4% in 2010. Obesity at such a young age sets the child up for many health complications in the future, which is why Hong Kong officials are increasing public education about the problem and putting plans into action to try to combat the growing trend.

What is Causing the Increase in Obesity?

Fanny Lai Yuk-fan, the mother of a 15-year-old girl who weighs 81kg (178lbs) believes that higher incomes could be partly to blame. “Back in our day, we did not have enough to eat, especially the older people, so all they do is indulge the children without realising the problems it can cause,” Lai says. “They do not understand that children can get this disease.”

She is, of course, speaking of type 2 diabetes, which her daughter has had since the age of 9. From 1997 to 2007, cases of type 2 diabetes in youth under the age of 19 in Hong Kong increased by 1,000%, and researchers predict that it will only continue to grow if things do not change.

But aside from having more disposable income to spend on sweets and other treats, experts are putting much of the blame on a change in diet and a sedentary lifestyle. Instead of freshly cooked vegetables and meat, many Hong Kong Chinese are favouring western fast foods which are high in calories, fat, salt and sugar. In fact, large food companies in the U.S. have spent decades perfecting the exact combination of fat, salt and sugar to create foods that are addictive to the population — foods that people crave — in an effort to increase profits. In turn, this has caused many people to develop a type of process addiction called food or sugar addiction which can easily turn into obesity, and all of the negative effects that go with it.

Sugar has been found to have a similar effect on the brain as other addictive substances such as cocaine or nicotine. To be clear, this is added sugars only — processed, refined sugars that do not come naturally in foods. Fruits and vegetables contain some natural sugar, but this type of sugar is not the culprit of sugar addiction.

For many parents, treating their kids to some candy or taking them to McDonald’s for lunch is par for the course. And if done infrequently, not too much damage can be done. The problem lies, however, in that most parents are not aware of the amount of added sugar in foods that are not sweet. In foods that should be sugar-free.

Take, for example, a loaf of pre-sliced, whole grain packaged bread at the supermarket. Most people would think that buying whole grain bread was a step in the correct nutritional direction. But many of these ‘healthy’ loaves contain up to half a teaspoon of sugar in just one slice. The American Heart Association recommends a maximum of 6 teaspoons of sugar per day for a grown woman, and a maximum of 9 teaspoons a day for a grown man, meaning that two pieces of ‘healthy’ toast for breakfast has you at 1/6th of your daily sugar requirement.

Sugary drinks are another major culprit of sugar addiction. One can of Coca-Cola contains over 9 teaspoons of added sugars, meaning that just one can puts anyone over the recommended daily intake of sugar.

So when parents are treating their kids to a can of Coke, they are flooding their system with artificial sugar. Sugar is hidden in seasoning such as ketchup, mustard, oyster sauce, and most other bottled condiments and sauces. So as children eat more and more sugar each day, often without realising just how much is being consumed, their brain becomes re-wired to crave more and more, making it difficult to maintain a healthy eating plan of fruit, vegetables and lean protein. For children with a sugar addiction, eating fruits and vegetables does not satiate their appetite — just like a cocaine addict never feels satiated until their next fix of cocaine.

Often referred to as food addiction, symptoms of sugar addiction include consuming food even when not hungry, consistently favouring processed or sugary foods over natural foods and experiencing withdrawal symptoms (headaches, mood swings, anxiety) when not eating these types of foods.

Because of withdrawal symptoms and intense cravings, those who are used to eating large amounts of sugar and fat find it hard to stop. And this of course, is where obesity comes in. Sugary, processed foods are high in calories and low in nutritional content. Because the body is never getting the nutrients it actually needs, there is a constant ‘hunger’ inside which wills the person to continue eating. But unless they choose healthy foods, that ‘hunger’ will never fade, leading people to consume often thousands of calories above the recommended daily intake. And unfortunately for many who have developed an actual addiction formed in the brain, it can be very difficult to stop on your own, just as an alcoholic or drug addict cannot stop on their own.

And so, for Hong Kong to beat this obesity epidemic before it takes more lives, the focus must remain on educating the public about the harms of processed and sugary foods. For those who are already hooked, food or sugar addiction treatment is available.

At The Cabin Hong Kong, we offer outpatient addiction treatment services that can help you or your loved ones combat the addiction while keeping up school and/or work schedules. If you think that you or someone you know may be suffering from sugar addiction, take our simple quiz: Do You Have a Food Addiction?, and call us to speak to a qualified addictions counsellor for more information on how we can help.