From ‘Smart’ to Schizophrenic: The Dangerous Effects of Smart Drugs

Recent revelations about the widespread use of ‘smart drugs’ in Hong Kong have raised fresh fears over their psychological side effects. Here we take a closer look at the dangers of medicines like Ritalin and Modafinil. 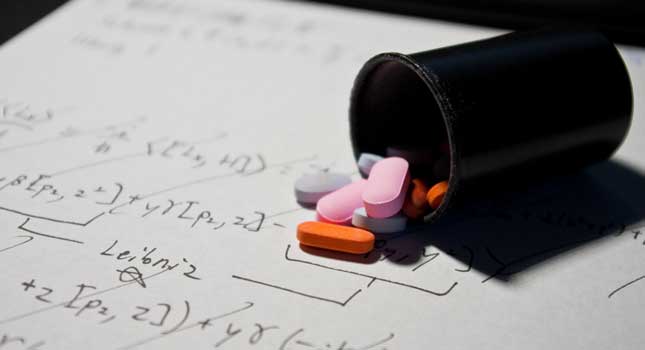 The abuse of so-called ‘smart drugs’ such as Ritalin and Modafinil could be more widespread and dangerous than previously believed. Long associated with university students and professionals looking for an extra edge, recent reports suggest smart drug misuse has even pervaded Hong Kong’s primary schools.

Hong Kong’s high pressure academic culture has created a strong demand for Ritalin, especially at high school and university level. Perhaps most worrying is that many users and parents seem unaware of the potential dangers of taking the drug, with many requiring prescription drug addiction treatment due to prolonged or excessive use.

“In some schools, half of the class are taking these drugs.”

Earlier this year Hong Kong psychiatrist Hui Lung-kit, a member of the Committee on Home-school Cooperation, posted on Facebook: “In elite [primary] schools, there are more students taking these drugs. In some schools, half of the class are taking these drugs. And parents often swap smart pill information through WhatsApp.”

Predictably, Hui’s comments were divisive, with one columnist blaming the “rat race” and insisting that parents shouldn’t be judged for giving their children smart drugs. Nobody, however, denied that the problem exists. 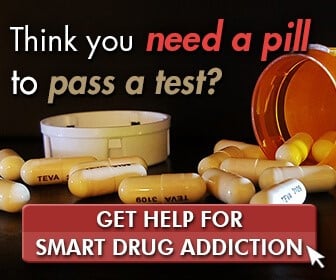 What are Smart Drugs?

Generally speaking, the most common smart drugs are Ritalin, Modafinil and Adderall. Ritalin, which is almost identical in effects and side effects to Adderall, is widely available with a prescription in Hong Kong.

While all three drugs continue to be prescribed to treat ADHD, their cognitive and memory-boosting effects have led to a dramatic rise in the rate of smart drug abuse among adults. More than 16 million Adderall prescriptions were written for adults aged 20-39 in the United States in 2012. Add to this a thriving black market, and it’s easy to see why more than 25 million people are thought to be using smart drugs in the world today.

Why are Hong Kong Students Turning to Ritalin?

One of the chief attractions of smart drugs is that they boost focus and motivation, at least in the short term, which is a particularly attractive prospect for anyone struggling under mountains of school or university projects, night shift workers and those who want to boost their performance at work.

One long-time user wrote in the New York Times: “This was sublime, these afternoons I spent in untrammelled focus, absorbing the complicated ideas in the texts in front of me, mastering them, covering their every surface with my razor-like comprehension, devouring them, making them a part of myself.”

Three years later, the same student was struggling to complete her coursework while experiencing severe anxiety and anger issues, culminating in a visit to the emergency room after a panic attack.

What are the Dangers of Ritalin Addiction?

There is a common misconception that medications like Ritalin and Modafinil are benign, and a relatively safe way to become more productive. Nothing could be further from the truth.  Despite what the pharmaceutical companies may say, smart drugs can be extremely addictive, both physically and psychologically. More and more addiction counsellors are treating patients desperate to get off the drug but are struggling to do so on their own. If you are taking Ritalin on a regular basis and are finding it difficult to stop, it may be time to consider specialised treatment.

Addiction counsellors say many people are reluctant to give up smart drugs because they are afraid they will not be able to perform without them. For the most part, this is not the case. While smart drugs make you feel like you are being more productive, in the long run they can have serious detrimental effects on creativity and productivity as the more sinister aspects of addiction take hold.

Smart Drugs and Your Health

Perhaps one of the most worrying aspects of smart drug abuse is the lack of awareness of the potentially severe consequences that they can cause. Like any amphetamine, Ritalin can have serious side effects such as high blood pressure, seizures, stroke and even death.

Equally, if not more, worrying are the psychological effects of smart drug abuse. Long-term users can suffer from depression, lack of motivation, depression, irritability, aggression and paranoia. For some, the effects can be even more severe, leading to full-blown psychosis similar to schizophrenia or bipolar disorder.

A 2012 study published in BMC Psychiatry explains that the similarities between schizophrenia and smart drug-induced psychosis “are, in fact, so pronounced that this has been used as an argument for using amphetamine-induced psychosis as a model for primary psychotic disorders.”

And it is not only scientists who are highlighting the risk of psychotic episodes after prolonged smart drug use. In a revealing interview with Oprah in 2015, former Creed lead singer Scott Stapp spoke candidly about his Adderall addiction.

“I began taking a prescription drug called Adderall and I went into a full-on psychosis and had a psychotic break,” he said. “It was horrific, the experience.”

At one point Stapp’s psychosis was so bad he believed he had been programmed to kill the US president. Today he is fully recovered after getting the treatment he needed and works to raise public awareness of the dangers of Adderall and other amphetamines.

While the potential effects of smart drug-induced psychosis are horrific, the good news is that symptoms of mania and psychosis usually disappear just a couple of days after people stop using.

If you’ve been using smart drugs to boost your academic or professional performance, or you think a friend or family member might have a problem, The Cabin Hong Kong offers a range of discreet, flexible treatment programmes to help you break the habit. Contact us today to learn more about how our certified therapists can help you.

Youth Drug Abuse In Hong Kong – How Big Is The Problem?