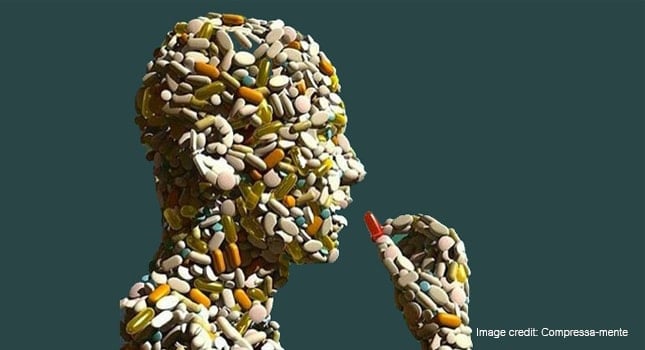 As the world struggles to come to terms with the growing opioid epidemic, one pharmaceutical company is working on a new drug that reduces the risk of addiction by removing the feel-good sensations associated with opioid painkillers.

The euphoria caused by opioids has been something that medical practitioners and addiction counsellors have struggled with for decades. While drugs such as morphine and oxycodone provide very effective pain relief, they also trigger a surge in dopamine that leaves users highly susceptible to dependency, fuelling a increase in demand for opioid addiction treatment around the world.

The goal of the new drug, known as NKTR-181, is to provide effective pain relief without delivering a habit-forming ‘high’, and tests carried out so far suggest that it is pretty effective. 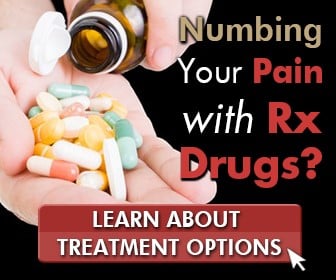 The Rise of Opioid Addiction

While much of the attention remains on the opioid epidemic in the United States, it’s now widely recognized as a worldwide problem. The UN World Drug Report says opioids ‘top the list of problem drugs that cause the most burden of disease and drug-related deaths worldwide,’ estimating that 13.5 million people are using opioids of one form or another. The World Health Organisation, meanwhile, estimates that 69,000 people die from opioid overdose each year.

With more than 22,000 overdose deaths associated with opioid painkillers in the US in 2015, authorities and pharmaceutical companies are scrambling to come up with effective pain relief solutions that help fight abuse of the drug. These range from sub-dermal implants to abuse-deterrent painkillers that are designed to be impossible to inject or snort.

Government authorities, meanwhile, are taking action on over-prescription of opioid painkillers by medical professionals, either in the form of recommended best practice or, in some cases, legislation. While there are early indications that these measures are having a positive effect, there are concerns that the fear factor surrounding opioids is resulting in many people suffering with chronic pain not getting the medications they need.

To address this problem, NKTR-181 seeks to remove the fear of opioid addiction among both medical practitioners and patients.

‘Our goal here is to have a safe and effective medicine that doctors and patients can feel confident that they’re not going to get high from,’ said Dr Stephen K Doberstein, senior vice president and chief scientific officer at Nektar, the company behind the drug.

The concept behind the drug is pretty simple: it’s designed to enter the brain so slowly that it does not produce the euphoria associated with heroin, morphine and many opioid painkillers, reducing the likelihood of abuse. Heroin in particular is known to move into the brain very quickly, producing extreme euphoria in users and making it exceptionally addictive.

NKTR-181 seeks to eliminate this euphoria. To quote Nektar’s website: ‘NKTR-181 is the first opioid molecule to exhibit reduction in specific CNS-mediated side effects, like euphoria and sedation, through the strategic alteration of brain-entry kinetics.’

The most recent tests of the drug found that pain was reduced in 65 per cent of patients taking the drug twice a day, while 51.5 per cent reported a better quality of life. Tests also found that the euphoric effects of NKTR-181 were significantly lower than opioids such as oxycodone.

The new drug is very similar to another opioid compound in development at the University of San Diego, PZM21, which also promises to deliver effective pain relief without the high.

While ‘181’ is still at the testing stage, the positive results and the potential of the drug to combat opioid dependency has prompted the US Food and Drug Administration (FDA) to grant NKTR-181 ‘Fast Track designation for the treatment of moderate to severe chronic pain.’

The people at Nektar are also pretty excited about the possibilities.

‘We have the possibility of being the first new opioid in almost 25 years,’ said Doberstein. ‘I think we’ve reinvented the opioid molecule.’

How Effective Will NKTR-181 Be?

While the most recent test results were positive, it’s impossible at this stage to say how effective NKTR-181 will be.  The drug is still undergoing tests, so final approval and worldwide distribution is likely some way off.

While there are some of positive signs at this stage, past experience tells us that there is no ‘magic bullet’ when it comes to the prevention and treatment of opioids addiction. Government measures to control the abuse of opioids, new medicines and modern addiction treatment technologies have so far failed to stop the downward spiral.

While any advances in opioid abuse prevention are to be welcomed, the fact remains that much of the damage has already been done. With millions of people around the world addicted, the need for effective opioid addiction treatment has never been greater.

Statistics show that heroin remains one of the most abused drugs in Hong Kong, though there is growing awareness of dangers of opioid painkillers. Fortunately, there is help available. While some discomfort during withdrawal is inevitable, quality care and counselling at a specialised addiction treatment centre can take much of the pain out of recovery from opioid addiction and minimize the chances of relapse.

The Cabin Hong Kong has years of experience in the effective treatment of opioid abuse disorders. Our experienced counsellors will work with you in a discreet and confidential setting to help you make a full and successful recovery. Contact us today to find out how.