A recent case of a meth-addled woman in China raises the question: Is meth a problem in Hong Kong — due to the city’s close proximity to the Mainland. 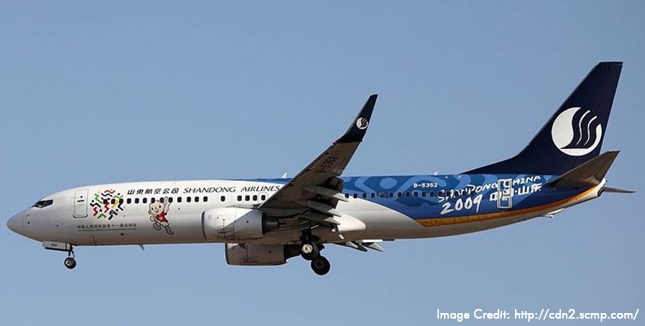 On January 8, 2016, South China Morning Post reported that police had detained a woman who falsely claimed she had a bomb on board a plane in China, which caused the flight to make an emergency landing.  According to crew members, the woman was acting strangely and talking to herself prior to making the claim. Chinese newspaper, New Express, stated that a urine test revealed that the woman had taken methamphetamine.

Even though the incident took place on the Mainland, it reminds us that meth is a global problem and Hong Kong is China’s neighbour.

In 2015, Hong Kong’s Time Out magazine explored the rise of methamphetamine abuse in the city. The article stated that methamphetamine is common in Hong Kong, with drug busts at an all-time high and addiction becoming more widespread.

Despite government claims that drug abuse amongst young Hong Kong citizens is lessening, workers on the frontline are saying that crystal meth use is becoming an epidemic. In May 2015, Beijing authorities issued a blunt warning regarding a 36% annual increase in the abuse of modern synthetic drugs like methamphetamine (also known as Ice or crystal meth). It is estimated that the total number of drug addicts in Mainland China could surpass 14 million, according to the National Narcotics Control Commission (NNCC).

The province of Guangdong is in competition with Mexico as the leading methamphetamine production centre in the world. In 2013, 42 tonnes of Ice were confiscated in the Asia-Pacific region, more than three times the 11 tonnes in 2008. The United Nations Office on Drugs and Crime (UNODC) mentioned an ‘unprecedented global expansion of the synthetic drugs market’ and predict Hong Kong as the hub for smuggling these drugs, due to its close proximity to the epicentre.

Is Hong Kong Denying the Issue of Meth?

In June 2015, Hong Kong custom chiefs reported a 186% year on year increase in the amount of confiscated drugs during the year’s first five months. All these warning signs make it difficult to acknowledge the latest figures given by the Central Registry of Drug Abuse, which found that the total amount of reported drug abusers (8,926) in Hong Kong declined by 13% in 2014, from 10,241 in 2013.

Rehabilitation and drug counselling professionals in Hong Kong are doubtful about the official figures and many are worried about a pending methamphetamine epidemic. Dr. Vanessa Wong Ting-chi, a psychiatrist who specialises in substance abuse, considers the numbers to be a ‘joke’ that exposes a ‘numbers game’. An anonymous drug counsellor stated that the numbers ‘do not reflect (her) personal experiences based on working in the field for nine years.’

Addiction counsellor and author Paul Schulte said ‘the anecdotal evidence in Hong Kong…is disturbing and there clearly needs to be a wake-up call for police, medical, hospital and clinic staff, to create a coordinated effort for the prevention, intervention and treatment of this scourge.’

The long overdue wake-up call comes as no surprise, with concerns being voiced in private regarding the type of help available to those combating substance abuse and addiction. Counsellors have reported that clients have been turned down at public hospitals and that rehab and counselling options in Hong Kong are limited.

When talking about meth in Hong Kong, Schulte stated ‘Crystal meth is an insidious drug.’ ‘Crystal meth has an extremely expensive social and economic cost to society. The government should forget about ketamine and focus on meth.”

In 2014, the Customs and Excise Department, in collaboration with the Police Force, handled 1,013 meth related cases, which amounts to an average of three cases on a daily basis. Methamphetamine arrests are currently second to ketamine.

A recovering meth addict said ‘it’s very easy to get ice in Hong Kong. I can be smoking in five minutes if I want. It’s so easy. I do not think the government is aware of the problem because there are dealers everywhere. Everyone has two or three dealers.’

He added, ‘when I relocated to here, I thought Hong Kong would be the solution. But I found that the meth scene here is not on the same level (as Shanghai). It’s even worse.’

Finding meth in Hong Kong is relatively easy these days due to home delivery options. According to another recovering meth addict, ‘(it) would be delivered to my place by a lady and her three-year-old daughter. Her baby daughter gave me a bag of McDonald’s with the ice inside the burger.’

The rise in the demand of meth is, naturally, closely linked to supply. It is suspected that a lot of the meth taken in the city comes from the Mainland. China’s rather limited regulations make it ideal for large-scale meth production in factories.

Our own clinical supervisor, The Cabin’s Dave McGuire says that ‘the government wants to claim they have a victory, so they come up with the numbers to show that. The numbers in these reports are probably generated from mandated drug users and they make up, at best, one per cent of the actual addicted population. That’s a slim sample size and you’re dealing with addicts, who are not known to be accurate reporters about their own drug use. ‘

What is Crystal Meth or Ice?

Ice, or crystal meth, is the most addictive and purest form of methamphetamine. Taking the drug causes a rush of dopamine, the pleasure chemical, to the brain. Ice releases triple the amount of dopamine in comparison to cocaine, and its effects can last up to 12 hours. Crystal meth can be swallowed in a pill form, smoked, snorted, mixed with beverages and drank or injected. An anonymous recovering addict in Hong Kong said ‘most users I’ve observed in Hong Kong smoke it, while 25% inject it.’

Aside from its intense effects, meth is also quite inexpensive. This makes it more accessible to a wide range of people, especially the younger generation. The University of Hong Kong’s Director of the Centre of Criminology, Professor Joe Laidler, said ‘the fastest growing population of meth users are young people. The market price for meth is a mere $430 per gram, which can last for two to three weeks. Cocaine costs $1,200 per gram, and that may only last a few nights.’

Psychiatrist Dr. Vanessa Wong explains ‘after a high comes a ‘crash’, where the user experiences a physical and mental breakdown. The addict can sleep for several days, neglect to eat, drink or go to the bathroom. Over time this can lead to severe depression. Chronic abuse produces psychosis similar to the effects of schizophrenia, where the user suffers from hallucinations, causing picking of one’s skin until there are sores.’

Signs of meth use are varied. ‘The person becomes irrational, self-absorbed, agitated, and this can cause an obsessive grinding of the teeth (‘meth mouth)’.  Permanent damage to the brain, heart, kidney, liver and lungs are some of the long-term physical effects of the drug. The user can have increased chances of strokes, heart attacks and even Parkinson’s disease. The drug is also linked to sex, since it lowers user’s inhibitions, which can lead to the contract of hepatitis, HIV and an array of STDs.