Numerous instances of cocaine smuggling in 2015 and the recent arrest of a man who ‘cooked’ cocaine reminds us that cocaine in Hong Kong is a continuing problem. 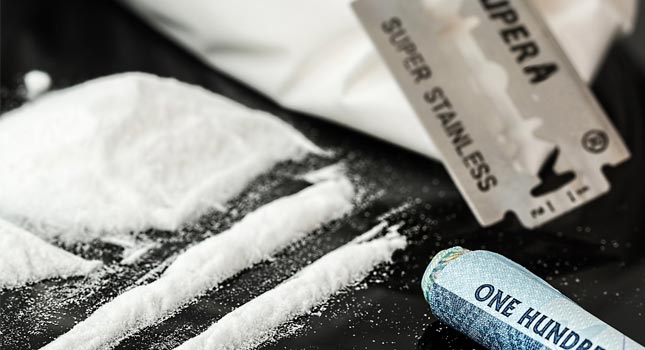 Earlier this month, South China Morning Post reported that a man attempted to pay back his debtor by ‘cooking’ cocaine in Hong Kong. The Court of First Instance was told that there was an understanding that the debtor would be responsible if police caught the man. Lam Wai-kuen, aged 25, denies one count of conspiracy to traffic dangerous drugs and one of conspiracy to manufacture a dangerous drug.

On April 11, 2014, police stopped Lam and Tang Ho-keung, 25, in Yuen Long. The police discovered two packs of cocaine on Tang and over 600 grams of cocaine in an accommodation nearby. Tang said the drugs were his own and that Lam was not involved. Later on, he told police that Lam got him involved in the drug business.  Prosecutor Paul Leung said Tang was introduced to Lam in 2013.

Due to his gambling debts, Tang asked for a HK$5,000 loan from Lam. Leung said ‘Lam told Tang there was no need to repay the money. But Tang had to do something for him.’ Lam asked Tang to rent out a flat, and later showed up with white powder, electronic scales and a knife. He showed Tang how to use hot water to cook the white powder.

Lam told Tang he was making a ‘soft drink’ that ‘needed to be cooked’, though Tang knew that they were making illegal and dangerous drugs. Tang stated that Lam paid HK$12,000 to him for cooking one kilogram of powder, which was left in the flat to dry out for a night.

Leung added ‘Tang claimed he cooked the drugs five to six times and received a hundred thousand from Lam.’ Lam was told that Tang would be responsible if they were caught, and that Lam knew where he lived. Tang’s fear for his family led him to confess to the police.

Another famous case involved Rurik Jutting, a former Merrill Lynch banker, who was arrested on November 1, 2015 for the murder for two women. Cocaine was also found in his apartment, and was used as lure for the women when Lynch mentioned, ‘If you like to get high…Have a lot of coke…”

According to the article on Vice’s website, titled ‘Cocaine, Parties and Prostitutes: The Life of Hong Kong’s Young, Wealthy British Expats’, it is mentioned that obtaining drugs in Hong Kong is as simple as walking down the streets of Wan Chai or Central.

‘While locals prefer ketamine and meth, cocaine is the drug of choice for most young expats in the city. It does not come cheap, at HKD1000 ($125) a gram, but then money is hardly a concern for a single young man earning up to $550,000 a year.’ ‘Taking lots and lots of cocaine quickly becomes normalized for young British expats arriving in Hong Kong.’

Xander, a 25-year-old who works in the financial industry, said ‘I get offered drugs more than once a day. You go out (in Hong Kong) and everyone’s on it.’

According to the Study of Cocaine Abuse in Hong Kong conducted by Hong Kong’s City University’s Department of Applied Social Studies in 2008, the sample of cocaine users provided a series of characteristics. ‘Most of them were introduced to cocaine by friends. Most of them obtained cocaine by paying drug dealers or friends and a substantial number of them used delivery service; they considered it fairly easy to obtain in Hong Kong.’

‘Over half of them used cocaine more than 10 times per month (54.8%) and 16.1% of them used it once or twice a day; The majority of them were poly drug users (77.4%); About two-thirds of them were cocaine dependent, and a quarter of them met the criteria of cocaine abuse; Most of them (83.9%) had prior experience of drug treatment, and some of them relapsed on the day of discharge.’

‘Their expenses on cocaine in the past year varied widely, with some spending as much as $350,000 and some spending less than $2,800 during the past year; and a large number of them were involved in drug dealing and created considerable income by dealing with drugs.’

Hong Kong’s Legislative Council’s report titled ‘The Youth Drug Abuse Problem in Hong Kong’ mentions some of the street names that are commonly used for cocaine in Hong Kong such as coke, crack, flake, snow and stardust. Effects of cocaine abuse include agitation, feelings of persecution, mood swings, impotence, extra sensibility, damage to sensory tissues of nose, delirium and death.

Cocaine seems to suit the lifestyle of the average Hong Kong expat, due to the long work hours, high salary and drug-fuelled nightlife. There are a number of expats who suffer from addiction that can be described as high-functioning addicts, or HFAs. HFAs are able to fulfil their family responsibilities, job demands and social commitments, despite their ongoing struggle with addiction. It is a common misconception that an addict is easy to point out, since we are used to the depiction of an addict’s ‘failed’ life. However, HFAs actually make up a large percentage of addicts.

Unlike people with lesser obligations, high-functioning addicts often do not have the option of attending inpatient rehab centres due to demanding job responsibilities. Additionally, they do not want the public to know about their issue with addiction. But rather than not seeking help at all, addicts can benefit from private outpatient addiction treatment.

Learn How a Cocaine Overdose Affects the Body

From Justin Bieber to Hong Kong’s Youth: Why Cough Medicine Abuse is a Very Real Problem