For the first time ever Hong Kong hosted a Regional Anti-Drug Group Meeting (RAEG). The meeting took place over two days and completed on March 6th, 2015. The meeting was held at a time of increasing concern over the growing drug and alcohol abuse issues in the area. 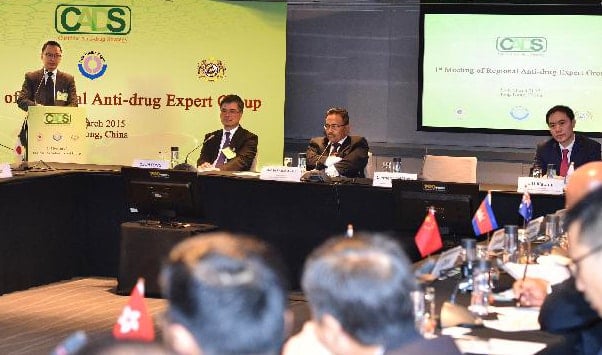 The meeting was co-hosted by Hong Kong Customs and the World Customs Organization (WCO) Asia Pacific Vice-Chair (the Royal Malaysian Customs Department), and it was attended by over 40 different agents from 18 customs administrations and drug enforcement agencies from the region. The RAEG is an anti-drug meeting that was established under Project CADS (Customs Anti-Drug Strategy) and its purpose is to provide a place where representatives who handle drug related activities, such as enforcement officers, officials and treatment centres, can come together to share ideas and statistics. It also allows them to work together to create and implement an anti-drug action plan for the region.

In the last decade or so, Hong Kong authorities have faced an uphill battle in trying to control the escalating drug problems in the city, and while recent reports suggest that overall drug usage and addiction has decreased slightly, there is evidence to show that drugs are now being taken by a much younger age group than they were before.

There are a number of different populations and age groups that are the most likely to struggle with drug addiction problems in Hong Kong, and one of these is businessmen. Hong Kong is a fast-paced city with a strong economy, which is mainly supported by the burgeoning financial and business industry. At the heart of this industry are foreign and local businessmen who have high-powered jobs, and statistics suggest that this is the group of people that are most likely to form some kind of addiction. Many of these people have intense jobs that require a huge amount of time at work, and many are reported to turn to cocaine as a way to handle the pressure of their jobs and to match the pace of the lifestyle required in the city.

Heroin used to be the most widely used drug in Honk Kong, but in recent years the number of people using heroin under the age of 21 has decreased significantly and it now accounts for only 26% of drug use in people aged under 21. Instead, the youth have shifted to a higher usage of psychotropic drugs such as Ketamine, and Ecstasy (aka MDMA) has become the most popular drug of choice for the population under 21 years old.

Authorities have spent many years trying to handle Hong Kong’s drug problems, and although the overall amount of users has decreased slightly; the increase in young users is a statistic that has detrimental implications for the future of Hong Kong’s war on drugs. The RAEG was held in Hong Kong to draw attention to the city’s drug problems as well as provide a platform for an anti-drug plan of action to be put into place for not just the city but also the surrounding region.

What is the Regional Anti-Drug Expert Group Meeting All About?

RAEG is a meeting that is organised by Project CADS which is a project that is aimed at dealing with drug related enforcements, problems, illnesses and addiction in a more holistic and sustainable manner in a bid to curb the drug trade and its wide reaching implications transnationally. The meeting is held regularly in order to bring together a group of experts and professionals who have experience dealing with drugs and the problems that they cause throughout the region.

The meeting allows professionals from different areas of drug enforcement, treatment and policing to participate regularly and encourages them to share their expertise in a way that allows the different institutes to work together and form a more sustainable and effective anti-drug enforcement system throughout the region.

What Do They Hope To Achieve?

It is hoped that through the RAEG meetings, an effective anti-drug strategy can be put into place, by using the information and expertise shared during the meetings. The aim of Project CADS is to use education, training and other sustainable anti-drug strategies to try and handle the escalating drug problem that the region is currently facing.

The meeting addresses the issues that various governmental and non-government organisations come into contact with in their respected areas of expertise, and how these problems are having an effect on the capacity building needs of the various enforcers involved in anti-drug jobs and campaigns.

The meeting’s aim is to get all the various representatives to adopt the Project CADS philosophy and begin dealing with the drug problems in the region starting at the most basic levels of education, training and prevention. An example of one holistic anti-drug campaign is the change from plastic reusable injections to safe injections that will break after one use. Although this is not a direct enforcement on the use of drugs themselves, this change in the healthcare system will ensure that the amount of diseases being spread by reused needles will be greatly impacted. The use of these safe syringes means that heroin users will not be able to share needles, and this will decrease the spread of diseases such as HIV and Hepatitis between users.

By hosting the Regional Anti-Drug Expert Group Meeting and allowing it to become a regular occurrence, the Hong Kong government has shown that it is willing to tackle the war on drugs not just in their own city, but also in the region as a whole. These meetings will go a long way to addressing the issues faced by various organisations, and it allows representatives from different organisations such as drug rehab centres in Hong Kong, and the police/enforcement officers to communicate and formulate an anti-drug plan that is both sustainable and effective, and which will hopefully assist the region in dealing with the problems they have been encountering in transnational drug trafficking, policing and monitoring of the effect of drugs across various borders.