The number of people under the age of 21 using ketamine in Hong Kong increased from less than 1% in 1999 to 76% in 2006. Find out the effects of ketamine and why it has risen so quickly here. 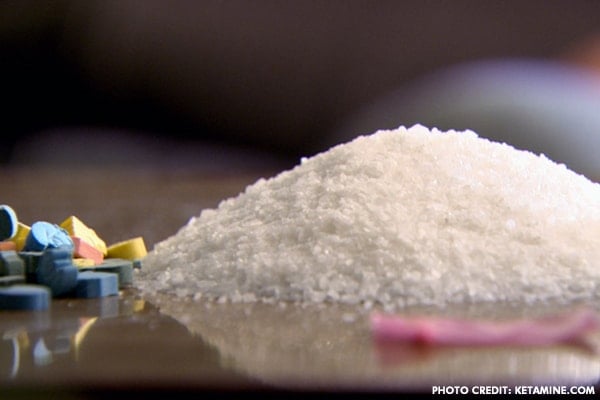 Hong Kong has been battling drug and alcohol abuse problems on several different fronts for many years. The first drug that the city battled with was heroin, and it was the drug of choice for the majority of young adults struggling with drug addiction in the city. Heroine was easily available in the 1990s and 2000s due to China’s proximity to the biggest opium producing countries such as Afghanistan and the countries that make up the “Golden Triangle” in Southeast Asia.

In the last decade, however, heroin use dropped dramatically among users in Hong Kong, replaced by a wave of cocaine use. Cocaine use in Hong Kong is still wide spread but as the drug is relatively expensive, it has generally affected the wealthier Hong Kong residents and the visiting businessmen who come to work in the city’s burgeoning financial industry.

Over the last few years there has been a new front-runner in the drug scene that seems to have crept up unnoticed – that is, until its high levels of use made the startling increase obvious. This new drug that is taking Hong Kong by storm is the psychotropic drug “Ketamine”, or simply “K”, as it’s known in China and around the world.

Ketamine is a psychotropic drug that was developed in 1962, and approved for human use in the 1970s. It was used as an anaesthetic to treat soldiers in Vietnam who had been badly injured, but it was not long before the drug was being abused by people wanting its dissociative effects. Abuse began in the 1970s, and increased steadily through the 1980s, where it was seen frequently on the dance scene along with drugs such as ecstasy. However, nowhere else in the world has ketamine exploded quite like it has in Hong Kong. The number of people under the age of 21 using ketamine increased from less than 1% in 1999 to 60% in 2001, with  a further increase to 76% in 2006.

What are the Effects of Ketamine?

In Hong Kong, and most places around the world, ketamine is primarily used in the club/dance scene and it is known as a good ‘top up’ for an ecstasy high. The effects that ketamine has on the user include:

As mentioned above, ketamine is known to put its users into a dissociative state, and it often makes the user feel like they are in a different world completely. This vivid, dream-like state is known in China as the “K-Hole” and typically lasts about 30 minutes to an hour. It is the drug’s psychological effects that are the main cause of ketamine addiction.

What is Ketamine Addiction?

There has been an ongoing debate about ketamine and its addictive qualities and whether or not the drug is really addictive at all. The problem that drug addiction professionals have in trying to determine ketamine addiction, is that users are often addicted to other substances such as ecstasy or cocaine too. However, the information that has come out of the centres that offer drug addiction help, such as The Cabin Hong Kong, is that ketamine is very addictive due to its psychological distortive qualities, but ketamine addicts rarely get physical withdrawals from the drug. This does not, however, make the process of addiction recovery any easier. In fact, a heroin user’s intense drug rehab programme may only last two months, whereas a ketamine addiction treatment programme often lasts up to six months.

The largest problems that ketamine addicts face after years of use are mainly neurological, and the addict can be prone to episodes of manic delirium, hallucinations and paranoia.

Who Are the Main Users of Ketamine in Hong Kong?

Ketamine use in Hong Kong is massive and wide spread, however the demographic that is at the thick of the use is high school children and young adults. The drug is generally sniffed through a straw, taken at places that young people frequent such as school bathrooms, nightclubs and public parks.

There are various reasons why ketamine is so popular with this demographic, including the fact that this drug is much cheaper than either cocaine or meth, making it easy to afford and accessible to the middle class group of young adults.

Another reason for its popularity, is its relatively short “K-Hole” trip, which allows users to take it during lunch breaks at school or work. They quickly experience the high, and then are able to return to their office or classroom with very little lasting effects.

Many people in the city do not view ketamine as an reprehensive substance, and therefore it has relatively little social stigma attached to it. In fact, it is known to be one of those drugs that people take to look “cool”. This younger age group is particularly susceptible to peer pressure, and many of them cave in to taking the drug just to seem part of the popular crowd at school or at work. The “K-Hole” effect is often seen and accepted in clubs and bars throughout the city, while the high experienced by a heroin addict in public is much more frowned upon than that of a ketamine user.

The groups of governing bodies and treatment centres that are trying to minimise the use of ketamine in Hong Kong are facing an uphill battle, as the explosion of ketamine use  came as a surprise, and was not tended to until it was already ingrained in the youth of society.

China itself is the biggest user and producer of ketamine in the world and this makes it an enormous task to control. But through education, policing and treatment, the government is hopeful that they will get the problem under control.

Overdose – Steps to Take That Could Save Someone’s Life