A case involving schoolgirls selling hash brownies and marijuana cupcakes at their school’s sports day highlights both the ease of access to drugs in Hong Kong as well as the teenage population’s lack of understanding and/or disregard for Hong Kong’s strict drug laws. 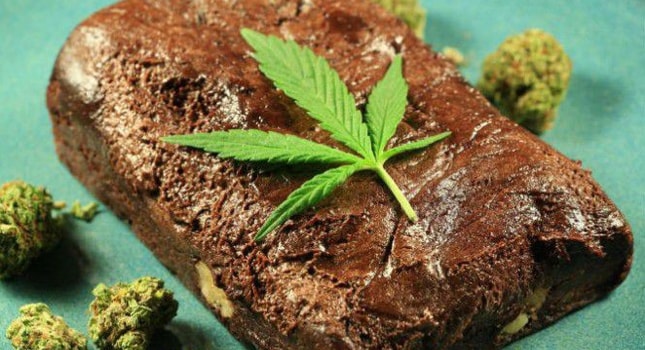 A rather shocking case of drug abuse in Hong Kong involving two schoolgirls who attempted to sell hash brownies at their school’s sports day, has been reported by Coconuts Hong Kong. Natasha Richards, a 17-year-old British girl, and Dora Radic, an 18-year-old Croatian girl, were arrested in 2014 after they were caught selling weed cupcakes and hash brownies on grounds of the YMCA of Hong Kong Christian College located in Tung Chung. Hash, or hashish, is resin that is collected from the cannabis plant’s flowers, whilst ‘weed’ is a common street name for cannabis (marijuana).

According to an article in the South China Morning Post, a teacher at the school found out about the sale through another student, who had seen messages on Facebook. The 22 weed cupcakes and 5 hash brownies contained 0.38 grams of cannabis, and were supposed to be sold to other students for HKD 25 — 35 after initial contact via Facebook. The pair tried to discard the bag when they were asked to accompany the teachers. They also tried to throw away the cakes before the police showed up, but were unsuccessful.

In December 2015, Radic pleaded guilty to ‘trafficking a dangerous drug’ and received a HKD 10,000 fine. The judge mentioned that the sentence was light due to the remorse that Radic displayed, along with her record of volunteering. Cheang Kei-hong, Acting Principal Magistrate, said ‘(Radic) indicated that she was willing to assist the court and had carried out volunteer work.’

Richards’ probation officer said that his client had a former drug habit, but that a lenient sentence would be suitable because she pleaded guilty, showed remorse and is of a young age. Richards admitted to making HKD 911.50 off of 20 cakes and said that a male acquaintance had given her HKD 500 to sell them.

The case wrapped up on January 11th of this year, when Tseun Wan Magistrates’ Court sentenced Richards to a one-year probation.

The pair were lucky to receive a lenient sentence, especially in the city of Hong Kong, where narcotics offences are not taken lightly. According to the Hong Kong Police Force, trafficking dangerous drug, such as cannabis/marijuana, can result in imprisonment for life or a HKD 5,000,000 fine. Trafficking includes giving away or selling any amount of a dangerous drug.

Erika Hui Lam Yin-ming, Commissioner for Narcotics, said ‘a dangerous drug is a dangerous drug. We have a zero-tolerance policy.’ In Hong Kong, marijuana is typically associated with expatriates and international school students. So it is important that parents ensure that their children are aware of the dangers of drugs. In recent years, however, the drug has also become more popular amongst locals, and arrests for cannabis-related offences are equally divided between expats and locals.

Even though Hong Kong is known for its stringent laws regarding marijuana, it is still accessible throughout the city. Street dealing is quite common and is found in many areas that cater to tourists, such as Wan Chai and Tsim Sha Tsui. Hash is commonly offered, along with other forms of marijuana.

The Hong Kong Police Force is well-organised and professional with experience in extensive drug enforcement. It is rare for people to be stopped and searched in the city, unless they have clothing, drug paraphernalia or exhibit behaviours that draw police attention. The police have a higher priority to catch those who are running drug trafficking operations, instead of individual users.

Though it is rare for the police to raid venues or stop and search individuals, the potential punishment is not to be taken lightly. Many people hope that Hong Kong will start to be more lenient with their drug laws, especially with marijuana legalisation in countries around the world, but Hong Kong does not look like it is going to change its stance anytime soon.

Using marijuana is a very real problem that Hong Kong is facing, even though it has strict laws in place. Marijuana rehab facilities are more necessary than ever, with more users becoming addicted to the drug.

The majority of people do not think that it is possible to be addicted to marijuana, which creates a larger problem when they start to develop an addiction. Marijuana addiction is possible and is a lot more common than people believe.

Treating marijuana addiction can take place in both outpatient and inpatient rehab. Outpatient centres tend to be better for marijuana addicts who are still able to maintain their regular lifestyle, such as working or fulfilling other obligations. Inpatient rehab may be necessary in cases when the addiction has spiralled out of control, which means that the addict will need more intensive treatment and is better off living onsite at a rehabilitation centre throughout the duration of the treatment programme.

The benefits of choosing an outpatient marijuana rehab centre include:

Teen Drug and Alcohol Addiction: What Parents Can Do to Minimise the Risks