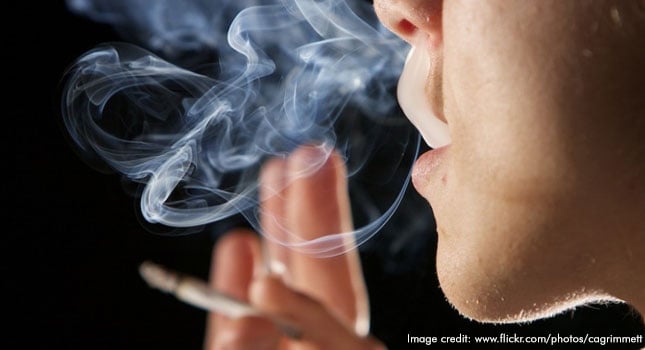 Almost everything about marijuana is highly controversial. The laws surrounding cannabis use vary drastically around the globe, from being completely legal to carrying the death penalty. Just as the laws are polarised worldwide, so are opinions of the impact of marijuana on the body. For every study that appears to prove an effect of pot, another one seems to contradict it. Conflicting political agendas play a role in causing confusion in the general public about the facts regarding marijuana abuse. To clear up some confusion, we have created a list of five long-term and short-term effects of marijuana abuse that are agreed upon in the addiction treatment community.

Side-effects of Cannabis: Why is There so Much Debate?

There is little clear-cut information regarding marijuana abuse, but why? Depending on the legality of cannabis, research will be subsidized by groups with an agenda to prove either the harm or benefits of smoking weed. Impartial researchers also find it difficult to get concrete results because the effects of marijuana vary depending on several key factors, including:

These are just some of the many factors that researchers must navigate when trying to determine exactly how cannabis affects our bodies. The following are five widely proven and agreed-upon effects of marijuana abuse.

This short-term effect of decreased blood vessel efficiency can turn into a more serious, long-term problem. The researchers argue that if an individual smokes marijuana often, there is an increased chance of the arteries hardening or becoming clogged. Problems with the arteries are responsible for a range of heart diseases and health problems.

2. Marijuana Use Elevates Your Heart Rate

Experts agree that smoking weed elevates heart rate. Studies show that people who smoke pot experience an elevated heart rate for up to three hours afterwards. Many researchers agree that a racing heart is cause for concern for people who begin smoking pot at a young age and continue for many years, as well as older people smoking pot. There have been notable cases that demonstrate that smoking marijuana can increase the chance of heart attacks in older populations or those with existing cardiovascular concerns.

Another confirmed effect of marijuana abuse is disrupted motor control. Smoking weed effects the motor neurons – nerve cells that control our muscles – by disrupting the exchange of information between these neurons. As a result, the muscles are temporarily weakened. This effect, however, may be a benefit for those who have existing abnormalities with motor control, such as those struggling with Multiple Sclerosis (MS).

4. How Long-Term Cannabis Use Affects the Brain

Over time, marijuana changes the structure of the brain, according to a study by Northwestern University.

The study shows that long-time marijuana users display brain changes resembling schizophrenia. The memory-related structures in the brain appear shrunken or collapsed inward for those who have smoked pot over several years.  Long-term cannabis users also demonstrate a poor working memory and have difficulties completing memory-related tasks.  The younger someone was when they began smoking marijuana, the more likely their brain structure is to be abnormal.

It is important to note that this research was done on individuals who had not abused marijuana for two years. This demonstrates the long-term effect of marijuana abuse; years after quitting, the negative impacts on the brain remain.

5. Pot Use can Lead to Abuse of Other Drugs

Marijuana is commonly referred to a ‘gateway’ drug. While many proponents of marijuana argue that alcohol is the real culprit, there may actually be more truth to the former. Studies have shown that one in ten users of marijuana develops a dependency on marijuana or another substance. Another study found that marijuana use made a person 104 times more likely to abuse cocaine. And marijuana users are three times more likely to become addicted to methamphetamine. It is without question that weed tends to be the first illicit substance used by many who become addicted to other substances. 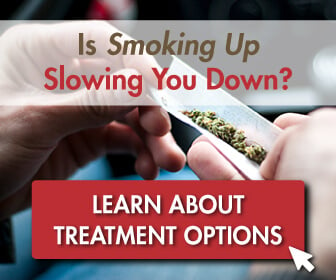 Marijuana addiction is real, but often underestimated by the general population – pot can be just as addictive as any other substance. The good news is, there is effective treatment available for cannabis addiction.

At The Cabin Hong Kong, our highly trained clinical professionals have a wealth of knowledge in treating marijuana addiction. Our conveniently located outpatient recovery centre allows you to receive a high level of treatment without disrupting your daily life.  The Cabin’s own Recovery Zones treatment method combines multiple approaches into a holistic programme with an above-average, 96% completion rate.

If you are ready to start living a healthier lifestyle, contact us today.