Marketed as a safe alternative to smoking, health researchers may be worried e-cigarettes are encouraging young people to develop a nicotine addiction. 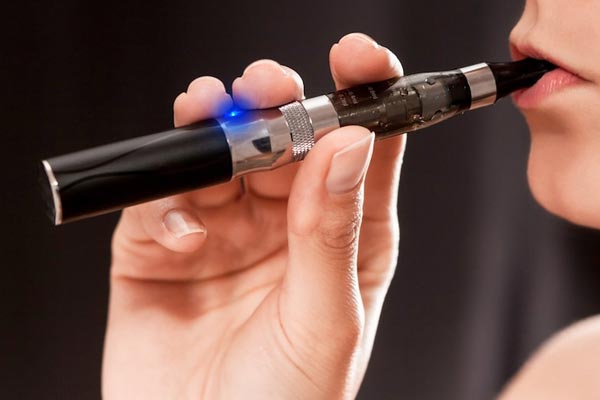 Electronic cigarettes, or e-cigarettes, are soaring in popularity around the world. In the West, e-cigarettes are marketed as a way to help conventional cigarette smokers quit, even though there is no conclusive scientific evidence that they work.

In China, where e-cigarettes originated, and where the dangers of smoking tobacco are not yet widely acknowledged, e-cigarettes are marketed solely as a trendy product without any intention of helping adults quit their nicotine addiction. The rising popularity of e-cigarettes has some worried that they will put an entire younger generation at even greater risk for developing a nicotine addiction.

E-cigarettes are small battery operated devices that often look like a real cigarette, but can also resemble a small flashlight or fountain pen. They are comprised of three parts: an inhaler cartridge that holds an e-liquid, a vaporiser that heats the liquid into a vapour that can be inhaled, and a battery that powers the vaporiser.

The process of smoking an e-cigarette is called “vaping.” When inhaled, the vapour appears like smoke, and e-cigarettes often light up at the end to further resemble conventional cigarettes.

While the e-liquid used can come with or without nicotine, labels can’t be trusted to tell you how much nicotine a liquid contains due to lack of regulation on its production and sale. The products are often touted as “tobacco free” and therefore safer, but tobacco free does not mean nicotine free – and products containing nicotine can still lead to nicotine addiction.

Targeting Children in the Marketing of E-Cigarettes

E-cigarettes are heavily criticised for targeting children by using bright colours and candy or fruit flavoured liquids. In the US there are strict controls on the advertising of tobacco products with bans on television advertising, as well as advertising at youth venues. However, the same advertising restrictions do not apply to e-cigarettes, meaning children are exposed to glamorisation of smoking e-cigarettes at high rates.

In China, currently more than 50% of men smoke, and they start young — the average age for kids to begin smoking is under 11. In a country where rates of nicotine addiction and cigarette smoking are highest in the world, e-cigarettes are adding to the repertoire of nicotine products aimed towards getting children hooked. The marketing tactics are also aimed at enticing young woman who currently make up only 3% of Chinese smokers. Creating more cases of nicotine addiction secures future sales of all nicotine products including e-cigarettes and tobacco products.

There is no regulation of the sale of e-cigarettes in China, meaning they are easily accessible to children who can buy candy flavoured versions for as little as 15-20 Yuan ($2.50-3.00). Hong Kong alone offers children over 8,000 sweet flavours to try, and this accessibility may lead to younger and younger children using nicotine products.

Further, e-cigarettes are being endorsed by celebrities, and teenagers say they perceive e-cigarettes as less dangerous than conventional smoking and they believe vaping e-cigarettes is classy. Widespread advertising and lack of regulation coupled with cool colourful designs and candy flavours clearly appears to be targeted marketing aimed at securing a new generation of kids developing nicotine addiction.

Nicotine Addiction and Other Dangers of E-Cigarette use Among Youth

The relative safety of smoking e-cigarettes has yet to be determined. Despite the potential, yet unproven, benefits of using e-cigarettes as a tool to help adults quit tobacco products, it is clear that e-cigarettes are marketed towards a wider audience than current smokers looking to quit. Whether or not they are a better alternative to smoking tobacco, e-cigarettes are not safe, especially for children and teens.

Like with regular cigarettes, kids smoking nicotine-filled e-cigarettes leads to harmful effects including nicotine addiction and negative impacts on brain development. Nicotine use in adolescence can impair the development of the prefrontal cortex and lead to attention deficits, cognitive impairment, and even psychiatric disorders. Further, smoking e-cigarettes and developing a nicotine addiction could lead to tobacco use in teens and all the long-term negative health effects already proven to develop with the use of tobacco.

Flavoured e-liquids used in e-cigarettes include chemicals that create toxins when heated, including formaldehyde, that can irritate the lungs. The liquid nicotine used in e-cigarette cartridges is also poisonous, and even a small amount can cause nicotine poisoning and even death in young children.

Nicotine poisoning can occur by swallowing, inhaling, or absorbing nicotine through the skin. The effects of nicotine poisoning include nausea and vomiting, fast heartbeat, shaking, difficulty breathing, and seizures. In the US there has been a dramatic increase in nicotine-related calls to poison centres in recent years, up from one call in September 2010 to 215 calls in February 2014. This is directly related to the availability of liquid nicotine products that are not required to have warning labels or child safety protections.

The dangers of nicotine addiction that are associated with e-cigarettes could become a new public health epidemic. This is a concern voiced not only in the US, but also in China by researchers at the Hong Kong Council on Smoking and Health who warned that e-cigarettes targeted toward youth could further fuel the fire of a tobacco epidemic. The Hong Kong Council recommends a total ban, which is not likely to happen given the already soaring rates of nicotine addiction and smokers in the country.

If you do not already smoke, picking up an e-cigarette habit is not recommended. If you do use e-cigarettes, don’t do so in front of children, and keep the products safely out of reach.

At The Cabin Hong Kong we treat all drug, alcohol, and process addictions.

GHB in Hong Kong: Here’s What You Need to Know