On April 21st, 2015, our head counsellor Joanne Schmitt has been asked to speak at an event alongside author Paul Schulte on the topic of his recent book, Paths to Recovery for Gay and Bisexual Drug Addicts: Healing Weary Hearts. Together, Paul and Joanne will answer questions regarding not just the book, but appropriate addiction treatment for drug addicts in the Lesbian, Gay, Bisexual and Transgender (LGBT) community. 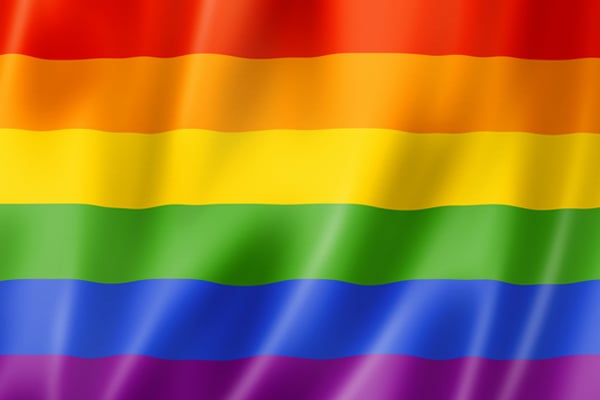 Drug Addiction in the LGBT Community

Drug and alcohol abuse is a problem that is all too common in the LGBT community – a problem which the community has been trying to tackle for many years.

In the above-mentioned book, Paul Schulte addresses the problem of high drug addiction rates within the LGBT community. He attempts to explain the reasons for these startling statistics that stem from a combination of mental, physical and emotional issues that are prevalent in the LGBT community. He also offers advice to those close to a gay or bisexual person who is struggling with drug addiction about how to help and understand the loved one that they are dealing with. Paul also outlines what he thinks is the best way to address and tackle the treatment of gay and bisexual drug addiction in the most comprehensive and effective way.

This book brings up a good opportunity to talk about the sometimes unique problems that the gay, bi or transsexual community are faced with. Below we will look at the issues that are at the root of drug addiction in the LGBT community, and also the new ways in which individual treatment is now being adjusted to specifically suit the high number of LBGT people who are seeking help for their drug addiction.

Statistics of Drug Addiction in the LGBT Community

Unfortunately, there has been very little research done to support the notion that drug addiction rates are higher in the homosexual community than in the heterosexual community. In 2014, however, the Home Office did a survey on drug and alcohol abuse in the UK, and for the first time ever they based it on sexual orientation. The results that were released by this survey were alarming to say the least.

The following statistics were some of the highlights of the report:

These startling statistics only serve to confirm why the LGBT community have long championed promotion of  awareness and treatment of gay drug addiction.

But the questions remain – why is there such a high rate of drug and alcohol abuse in the LGBT community? And why are the risk factors for addiction so much higher for homosexuals than heterosexuals?

Reasons for High Drug Addiction Rates in the LGBT Community

Drug addiction in the LGBT community stems from many different issues overall, just like in any other community touched by addiction. However, LGBTs tend to experience unique mental/emotional and also physical issues that are unique to members of the their community. Here, we take a look at these two areas in further detail:

Problems that Contribute to Drug Addiction in the Gay Community

Drug addiction in any sexual orientation is often linked to mental or emotional issues and disorders, and this is particularly true in the LGBT community. The following are just some of the mental/emotional issues that may cause gays/lesbians/transgenders to use drugs:

While most of the factors that affect drug addiction in the LGBT community are emotional, there are also some physical factors. These are mainly linked to the inherent party scene that makes up a huge part of the gay community. Gay men in particular are known for their love of the nightlife. This party persona means that there is more peer pressure and exposure to drugs and therefore it makes it easier to partake in them.

A sad side effect of this party/drug culture is that it results in high cases of HIV being transmitted due to unclean drug paraphernalia and unsafe sex – which can often become cyclical and end in further drug use to escape the reality of the disease of HIV.

Treatment for Gay and Bisexual Addicts

Unfortunately, most of the emotional reasons that make gay people fall into drug addiction in the first place, are the same reasons that keep them from going to drug rehab. The stigma and shame associated with being of a homosexual nature is then compounded by the stigma of addiction that still exists today, and this often prevents LGBT people from seeking proper addiction treatment.

However, in recent years there has been a change in treatment views, and most rehabilitation or addiction treatment centres now cater for the unique issues that are faced by the LGBT addicts that come in. While they stick to the basic foundation of the treatment programme, there is an added emphasis on dealing with identity issues and the social stigma that surrounds being gay. If, however, an LGBT person does not feel comfortable going to a ‘normal’ treatment centre, there have also been a number of rehabilitation facilities created to cater solely to the LGBT community and their specific needs.

There is still a long way to go in the battle against drug addiction in the LGBT community, and it will still be a major challenge for years to come. However, with the recent development in gay rights and the general growing acceptance among heterosexuals, the emotional impact felt by social stigma on the LGBT youth should decrease. And we can only hope that this will start to show in the drug addiction statistics as less and less people feel the need to reach out to drugs as an emotional crutch. Until then, it is important to receive help if you or a loved one are addicted to drugs.

Expats and Addiction in Hong Kong

A call for effective treatment options in southeast asia