Ice users are often too ashamed to reach out for help.  With ice use in Hong Kong being more prevalent than ever, it is important to be aware of the signs of meth addiction.  Learn the tell-tale sleep patterns, changes in appearance and other behaviours to watch for in your loved one. 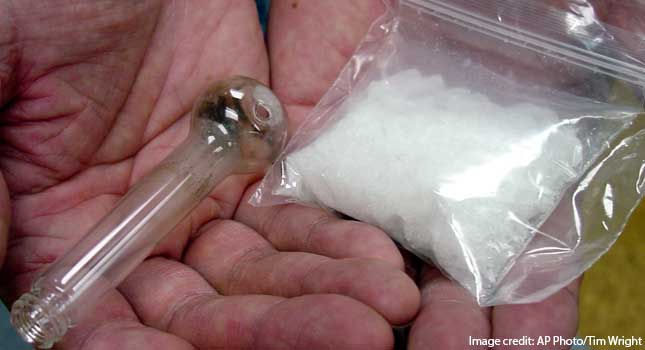 Methamphetamine, commonly known as ice or glass, has notoriously devastating effects on the lives of its users. Prolonged use of meth can result in psychosis, strokes, heart disease, brain damage and even death, but those who are dependent may not be likely to seek out meth addiction treatment on their own. Some long-term effects of meth abuse are easily noticeable, but it can be difficult to recognise the symptoms in many cases.

Worryingly, Hong Kong is one of the major gateways to meth distribution in Asia Pacific, and the increase in supply has led to an increase in rates of meth addiction. The price of meth is also a lot cheaper compared to other drugs which makes it more affordable for young adults to find and use.  Users report that obtaining ice is extremely easy in the city, and the drug is often delivered in disguises such as McDonald’s burgers or stuck to the underside of public transport cards.

Ice is one of the world’s most dangerous and addictive illicit drugs –it is crucial that users get help as soon as possible.  If you are concerned that your loved one may be struggling with ice addiction, here are some signs to watch out for.

Chronic ice users may have painful looking sores on their face or body.  This is because prolonged meth use cuts off blood flow to the skin, resulting in acne and lesions.  A tactile hallucination called ‘formication’ makes meth users feel like bugs are crawling under their skin, causing them to further scratch and pick at their already-irritated skin, making the problem worse.  If someone you know has developed this skin condition despite never having previously had skin problems, this could be a red flag.

Smoking meth often results in decaying or discoloured teeth, commonly known as ‘meth mouth’. The substance itself is highly acidic, which can cause teeth to decay, but the problem is worsened by other habits that meth users typically tend to adopt.  As with many addictions, chronic meth use often leads people to disregard their dental hygiene, and the constant jaw clamping and teeth grinding also contributes to enamel loss and tooth breakage. According to a 2015 study of dental disease among meth users, 96 per cent had cavities, 58 per cent had untreated tooth decay and 31 per cent had six or more missing teeth. 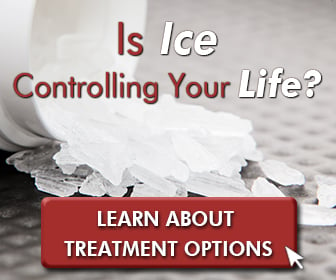 Weight loss is a common symptom of meth addiction, as the stimulant causes users to be highly active while also suppressing appetite.  This is partially why ice is one of the only drugs to have a larger proportion of female users than men, with many estimates suggesting females make up about 60 per cent of the market. Unfortunately, societal and social pressures still push more women than men to monitor their weight closely and achieve the ‘perfect body’, and some people go as far as abusing meth to all but eliminate their desire to eat.  According to a 2011 study by the Burnet Institute of Medical Research, 30 per cent of female meth addiction sufferers reported that weight loss played a major role in their drug habit.

Ice users will often repetitively do meaningless tasks, such as taking things apart and putting them back together.  Some people may exercise excessively or wash clothes far more often than necessary. This is an easier symptom to spot in your loved one, as users are often unaware of their surroundings while intensely focused on such activities.

It is not uncommon for people under the influence of meth to go without sleeping for days at a time.  Conversely, in the early stages of tolerance-building, they may be able to sleep.  As addiction progresses, however, addicts become more and more sleep-deprived, which may cause them to nod off during unusual times during the day.  Blaming insomnia on other causes, taking sleeping pills, cold medicines or other depressants to try to sleep, and faking sleep are other signs of meth use.

Dry mouth, or xerostomia, is a common side effect of meth, and users may try to disguise the symptom by constantly chewing gum or drinking beverages. The lack of saliva creates a breeding ground for harmful bacteria, which exacerbates the tooth decay commonly seen in meth users.

The Dangers of Ice Abuse

With drug trafficking on the rise, methamphetamine is more available than ever in Hong Kong.  With that increased availability, of course, more and more people are falling into the grips of addiction.

The short-term effects of ice addiction include depression, insomnia, psychotic or angry behaviour and irritability, but the long-term effects can be fatal. Ice causes damage to nearly all of the body’s vital organs, including the heart, kidneys, lungs and liver, and the brain damage caused by prolonged abuse is often synonymous with diseases such as dementia and Alzheimer’s.

Someone struggling with addiction may desperately want help, but feel too ashamed or afraid to reach out.  When it comes to an addicted loved one, it is important to remember that addiction is not a choice.  If you suspect that someone you know is struggling with ice addiction, approach them nonjudgmentally, and help them seek out a qualified care provider.

At The Cabin Hong Kong, our certified counsellors provide confidential, holistic and effective treatment for sufferers of meth addiction.  Contact us today to find out how we can help your loved one take the first step toward recovery.