While the dangers of drugs and alcohol are well documented, we’re still learning just how unsafe certain combinations can be. We take a look at four of the most lethal drug cocktails. 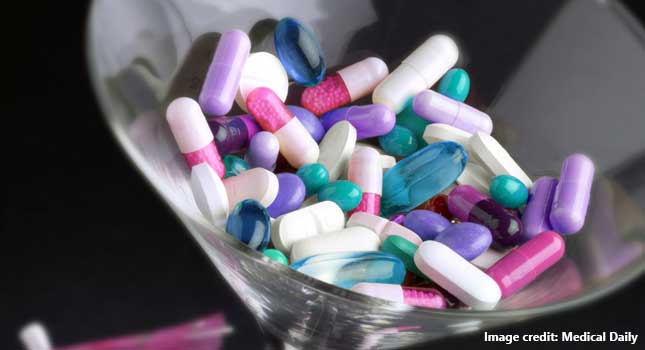 All drugs are damaging in one form or another, but taken in certain combinations they can be lethal. That’s not to say that taking too much of a single drug, or taking it for too long, cannot be fatal, but the risks increase significantly when drugs are taken in combination.

While every drug cocktail is different, and their effects vary dramatically from person to person, certain combinations are known to be especially dangerous. Some work together to intensify a certain effect, while others can work against each other, confusing the body and leading to serious side effects – even death.

While many drug cocktails like heroin and cocaine are taken purposely for their intense highs, some involve seemingly innocuous mixtures of prescription and non-prescription drugs.

Don’t become a victim of these potentially fatal drug combos.  Inform yourself, and if you’re struggling to stop using, seek professional drug addiction treatment as soon as possible

Here are four of the most lethal drug cocktails:

1. Opioids and Other Depressants

Misuse of opioids has emerged as a serious problem in recent times. Aside from the well-documented dangers of heroin, overdoses from fentanyl, hydrocodone, morphine and oxycodone have spiked dramatically in recent years. Highly addictive and dangerous in and of themselves, opioids can be lethal when combined with alcohol and other depressants.  In fact, opioid-related emergency room visits doubled in the US between 2004 and 2009 due to their widespread misuse.

An estimated 26-36 million people abuse opioids worldwide, many in the form of prescription painkillers. While most people can manage their pain relief without too many negative consequences, opiate abuse disorders are on the rise, with many people mixing painkillers with alcohol and other drugs to increase their high. Taking opiates with any drug that depresses the nervous system – particularly benzodiazepines – can significantly increase the risk of fatal overdose. 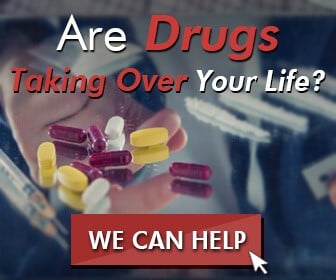 While both can kill you on their own, taking opioids and cocaine together is akin to a high stakes gamble with your own life. A couple of decades back, this lethal combo – known as the ‘speedball’ – was more associated with celebrities, claiming the lives of actors River Phoenix and John Belushi, among others.

Today, cocaine and opioid overdose deaths have become even more common. A sharp rise in cocaine overdose deaths in the past decade had authorities initially confused, until new research found that many of the fatalities occurred when the deceased were using cocaine and some form of opioid together.

The research found that opioids were found to be involved in 63 per cent of the nearly 6,800 cocaine-related deaths in the US in 2015. Of these, more than 80 per cent involved mixing cocaine with heroin or synthetic opioids such as fentanyl, making it one of the most dangerous drug combinations around today.

Of all drug cocktails, few put more pressure on hospital emergency rooms than cocaine and alcohol. This is due to a combination of factors. First, they’re often used together. Many cocaine users say they never take cocaine without drinking alcohol as well. What they probably don’t realise is that the risk of sudden death is 20 times higher when the two are used together, compared to cocaine on its own.

In addition, cocaine and alcohol have a tendency to cancel each other out, prompting users to consume more of each to maintain the ‘balance’. Coke allows users to drink more than they normally could without becoming drunk, placing serious pressure on the liver even as the body struggles to cope with the adverse effects of the cocaine itself.

Scientists have also discovered that combining cocaine and alcohol produces cocaethelyne, a unique and highly toxic metabolite that can be fatal in both the immediate and longer term. Add to this the impaired judgement, violence and risky sexual behaviour associated with mixing cocaine and alcohol and it is easy to see why this combo frequently tops ‘most dangerous drug cocktail’ lists.

It’s worth noting that alcohol doesn’t mix well with any recreational drug. Alcohol and ecstasy, alcohol and ketamine, and alcohol and amphetamine can all be extremely dangerous.

Because both alcohol and benzodiazepines (aka ‘benzos’) depress the central nervous system, using them together can have serious consequences such as inhibited judgement, seizures, comas and death. This synergistic effect is made even more dangerous by the fact that both alcohol and benzos, such as Xanax and Valium, are relatively easily available, even among young drug users.

While the so-called ‘opioid epidemic’ has been grabbing headlines in recent times, the statistics on the use of alcohol and benzos also make for grim reading. According to the Substance Abuse and Mental Health Administration (SAMHSA), treatment admissions for concurrent alcohol and sedative use in the US tripled between 1998 and 2008. The Center for Disease Control (CDC), meanwhile, found that 30 percent of all drug-related deaths were associated with benzodiazepines in 2013, second only to opioids.

Getting Help for Polydrug Addiction

These are just four drug and alcohol combinations that could be putting you in serious danger. In truth, there are many more. While certain combinations are more dangerous than others, overall the body simply isn’t equipped to deal with alcohol and drug combos. If you find yourself mixing drugs, medicines or alcohol, you should seek help immediately.

Treating addiction to multiple substances can be more difficult than just one drug, but with commitment, determination and the right treatment, you can break your habits and eliminate these very real dangers.

At The Cabin Hong Kong, we have years of experience treating substance abuse disorders of all kinds. Contact us today to find out how we can help you take the first step toward recovery.