More than Skin-Deep: the Reality of Plastic Surgery Addiction

Countries in Asia host the highest amount of cosmetic surgeries in the world. Has an obsession with perfection developed into an addiction? We take a look at what plastic surgery addiction looks like from the inside out. 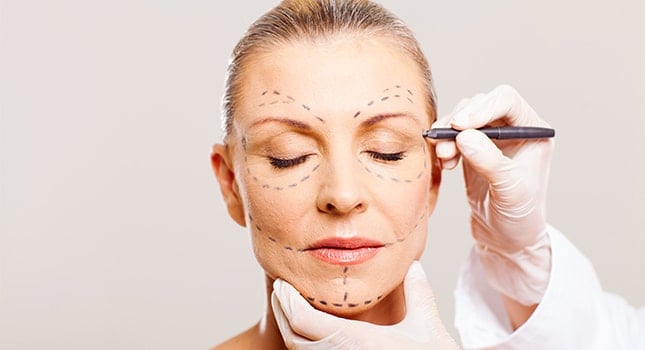 Last month, a Chinese woman made headlines as her mother publicly threatened to disown her due to her obsession with cosmetic surgery. The 29-year-old was barely recognizable to her mother after receiving over 20 surgeries in the past two years.  This is just one example among many extreme cases of plastic surgery addiction.

Plastic surgery has become increasingly commonplace throughout the world, especially in Asia. South Korea is the cosmetic surgery capital of the world, with a higher per-capita rate of surgery than anywhere else on the planet. The streets and subways of Seoul are plastered with advertisements targeting insecurities and promising that surgical procedures will solve body image issues.  Double eyelid surgery, V-line jaw reduction, eye widening and nose bridge augmentation and celebrity look-a-like procedures are increasingly popular.

While the discussion around plastic surgery addiction has been drawing increasing attention in recent years, little is actually known about this illness. We are fascinated by extreme cases like the ‘human Barbie dolls’, but investigate little into what causes an individual to continually go to such drastic lengths to alter their appearance. Here we take a deeper look into the addiction that is sweeping Asia and the world.

What is Plastic Surgery Addiction?

Plastic surgery addiction falls into the category of a process or behavioural addiction. Unlike someone who struggles with drug or alcohol abuse, individuals who are addicted to plastic surgery are not necessarily attracted to a substance, but instead are pulled toward a specific behaviour.

Those who suffer from addiction to cosmetic surgery have become attached to the behaviour of correcting their appearance. Once they undergo a procedure, they may feel a sense of relief in having perfected one of their many perceived flaws, but that feeling of satisfaction does not last long.  Alternatively, they may feel that the surgery created more issues that they must remedy via even more cosmetic procedures. Regardless of their satisfaction with the procedure, they quickly return their attention to other flaws and often go to extreme lengths to obtain ‘perfection’.  But sadly, despite the money spent and the arduous procedures, they are never satisfied with what they see in the mirror.

Most people who decide to get cosmetic surgery do not become addicted immediately. But in most cases, one surgery leads to another until the desire for perfection obstructs one’s daily life in terms of finances, relationships, work and other areas.

Like many addictions, cosmetic surgery addiction is often misunderstood.  One headline from a recent story by Business Insider addressing the prominence of plastic surgery reads, “Here are the vainest countries in the world.”  There is an insinuation that people who get plastic surgery are self-absorbed and think highly of their looks, but this could not be further from the truth.  More often than not, people who develop an addiction to cosmetic surgery are struggling with debilitating insecurity. They are focused on their looks, but in a negative way – not seeing themselves as beautiful, but as someone who needs cosmetic procedures to obtain beauty.  This intense insecurity often stems from body dysmorphic disorder.

Body dysmorphic disorder (BDD) is a condition related to obsessive compulsive disorder, which manifests in obsessive thoughts and compulsive behaviours. People struggling with BDD obsessively think about their appearance and focus on their perceived negative attributes. BDD sufferers also display compulsive behaviour such as repeatedly looking in the mirror, seeking reassurance from friends or excessively grooming themselves.

The disorder is associated with a strong sense of shame that causes people to avoid social situations and sometimes even employment. People suffering with BDD may avoid leaving their homes out of a false sense that they are too ugly to be seen by anyone.  Just being looked becomes an incredibly uncomfortable experience. They think that everyone sees what they see: a monster.

Researchers have found that, usually, people who are addicted to plastic surgery often suffer from co-occurring BDD. A study in Belgium researched patients seeking rhinoplasty (nose jobs). Of the 266 participants, 20% had already undergone a previous rhinoplasty surgery. In addition, the researchers found that 43% of the people in the study who were choosing plastic surgery for purely aesthetic reasons were suffering from moderate to severe symptoms of BDD. The researchers also found that the symptoms of BDD were not mitigated, but actually exacerbated, after surgery was completed.

Besides addiction to plastic surgery being linked to mental health concerns, it has also been connected to opioid addiction. Undergoing a plastic surgery procedure increases the risk of opioid addiction.  As procedures typically entail quite intense pain, powerful opioid painkillers are often prescribed following cosmetic surgery.   They can take some time to heal, which means prolonged use of the highly habit-forming drugs.  Additionally, poor body image and low self-esteem have been proven to increase one chances of substance abuse, putting plastic surgery addicts at even higher risk for opioid abuse. Becoming opioid-dependent can also perpetuate a plastic surgery addiction as a means to continue getting prescriptions.

The good news is that help is available.  At The Cabin Hong Kong, our treatment programme is conducted in the English language by Western-certified addiction specialists with hands-on experience in treating a wide range of process addictions.  If you or someone you know is struggling with addiction, please contact us today.