Authorities hope that an increase in alcohol duty could help combat the current problem of alcohol abuse in Hong Kong, especially among youth. 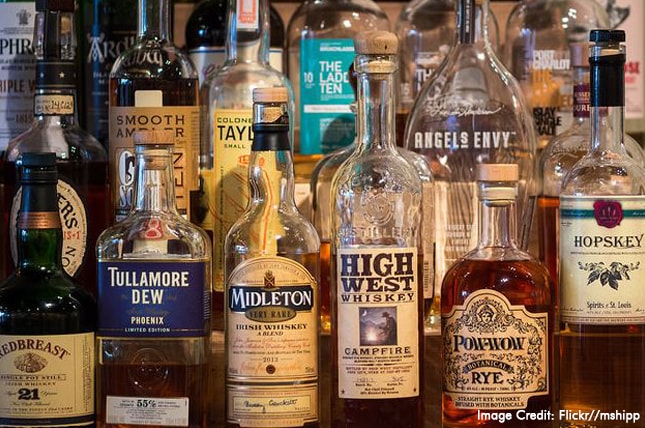 In 2008, the tax exemption on all alcohol except spirits led Hong Kong to become the world’s largest wine trading centre. However, this price drop in alcohol has led to increased alcohol abuse, and its related problems have led some medical experts to suggest that the government rethink the taxation of alcohol.

A drinking culture is starting to flourish among young people in Hong Kong and the percentage of young people who binge drink, a form of alcohol abuse in which people drink 5 or more drinks in one drinking session, has increased from 7.4% in 2010 to more than 10% in 2014.

Growing concerns about the harm that alcohol abuse causes to one’s health, including the classification of alcoholic beverages as a Group 1 carcinogen, has medical professionals calling for a change in policy that will increase alcohol duty. According to Hong Kong Medical Association president Louis Shih Tai-cho, young people are the most sensitive to price changes, and increasing the tax and overall price of alcohol could change alcohol abuse patterns, especially among youth.

Because of the duty-free status of wine and the widespread notion that red wine is good for your health, wine consumption increased 54% from 2008-2012 and is expected to continue to rise. Shih believes the public is still ill-informed about the dangers of alcohol, and says he himself at one point was a victim of the mistaken belief that drinking red wine provides health benefits, which he now denies due to inconclusive evidence that this is true.

In addition to increasing alcohol duty, the medical association also proposed that alcohol needs to contain warning labels. “The practice of health warning labels is widely adopted in Western countries and even the mainland,” Shih said. “The government and alcohol retailers should also take this as a responsible first step to ultimately lower the number of patients and deaths caused by drinking alcohol.”

According to the medical association, alcohol labels should include the maximum daily standard of wine intake, along with other warnings about alcohol related diseases, risks to pregnant women and the addictive nature of alcohol. In order to reduce the harms related to alcohol abuse Hong Kong needs to take action – and warning labels are a good first step towards more widespread alcohol education.

The Dangers of Alcohol Abuse

While the Hong Kong Medical Association is currently focusing on the fact that alcohol has been found to be a Group 1 carcinogen (which means alcoholic beverages are known to cause cancer in humans), there are many dangers related to alcohol abuse. The negative effects of alcohol use are far reaching and do not only impact individuals, but society at large.

Contrary to popular belief, you do not have to be a chronic or heavy drinker to experience negative consequences due to alcohol use. Research now suggests that even one episode of binge drinking can be harmful to your health, and there is no safe level of alcohol use. The following are some of the many dangers associated with alcohol abuse:

1. Risk of injury due to accidents or violence.

Drinking alcohol, especially in large amounts, increases an individual’s risk of accidental injury due to falls, motor vehicle accidents, or interpersonal violence. Alcohol abuse and violence are closely related, and this is a problem that Hong Kong is facing amidst increased alcohol consumption.

Carcinogens are cancer causing agents. Alcohol has been found to be directly linked to the risk of developing certain cancers including cancer of the mouth, pharynx, larynx, oesophagus, bowel (in men) and breast (in women).

Alcohol abuse can cause many health problems beyond cancer, including digestive problems, liver problems, skin problems, and heart disease or stroke. Alcohol use can also weaken the immune system which puts people at greater risk for infection and illness.

Excessive alcohol use contributes to problems within relationships and families. This can be in the form of domestic violence, or more subtle relationship problems that stem from drinking habits.

Alcohol abuse can often lead to addiction or dependence. Alcoholism is a disease that causes significant problems in an individual’s life, however addiction stereotypes prevent many people from recognising that their alcohol use has gotten out of control. Despite the negative consequences that accumulate over time, many alcoholics continue to function within society and hold successful positions within their profession and communities. This does not mean these high functioning addicts should not get help. If left untreated, alcohol addiction will continue to progress and create strain in all areas of one’s life, physically, socially, and emotionally.

The most serious consequence of alcohol abuse is death. Whether by injury, alcohol overdose, or long-term health complications, alcohol use contributes to many preventable deaths each year. The number one goal of efforts such as increasing tax and mandating warning labels is to reduce these alcohol-related deaths.

Many people are harming their health and relationships through alcohol abuse, but believe that because they still manage to get by without suffering major consequences such as job loss that they do not have a problem. The stigma of addiction is also very strong in Hong Kong and keeps many people from seeking the help they need for fear of being looked down on by society.

Luckily, there is safe and confidential treatment available in Hong Kong for people who are abusing or addicted to alcohol. If your own or someone you love’s drinking habits are starting to negatively impact overall health or relationships, then getting help from an alcohol rehab may be the best way to prevent further damage.

The Cabin Hong Kong offers convenient addiction treatment for working professionals in Hong Kong. The intensive outpatient programme allows you to attend individual, group, and family counselling sessions but still return home each night to take care of your other responsibilities. Contact our addiction specialists for more information today.

How to Talk to Your Kids About Your Addiction Recovery